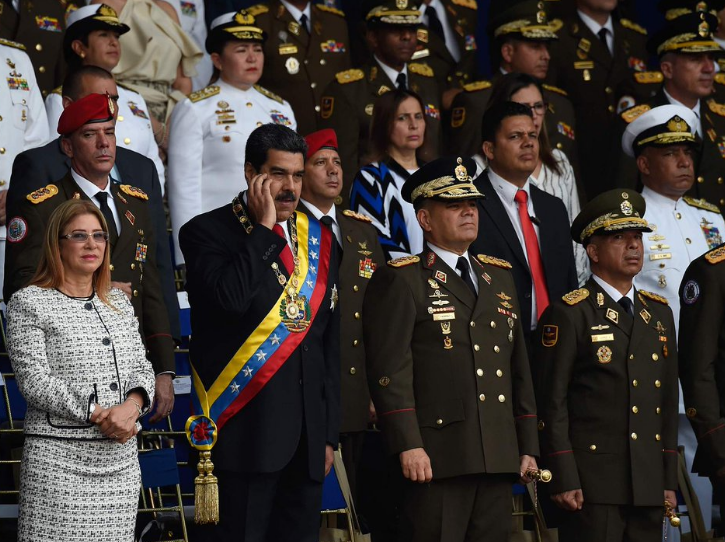 A live broadcast of Venezuelan President Nicolas Maduro’s speech at a military event in Caracas on Saturday was cut off after a loud bang was heard.

The Venezuelan government have since said the explosion came from drones and was an attack on the President’s life.

Earlier today, the official Twitter handle of China Xinhua News stated that Mr Maduro is unharmed after an attack by drones loaded with explosives.

Venezuelan President Maduro unharmed after an attack by drones loaded with explosives：official pic.twitter.com/sbM7tmRxIZ

The security around the Venezuelan Presidential Palace has been reinforced.

According to the BBC, later in a national address, Mr Maduro said, “A flying object exploded near me, a big explosion. Seconds later there was a second explosion. No doubt, Colombian President Juan Manuel Santos was behind this attack.”

However, the Colombian government has denied any involvement, saying there is “no basis” to Mr Maduro’s allegations.

Previously, the Venezuelan leader had accused the US of plotting against him but couldn’t provide any evidence to back the claim.