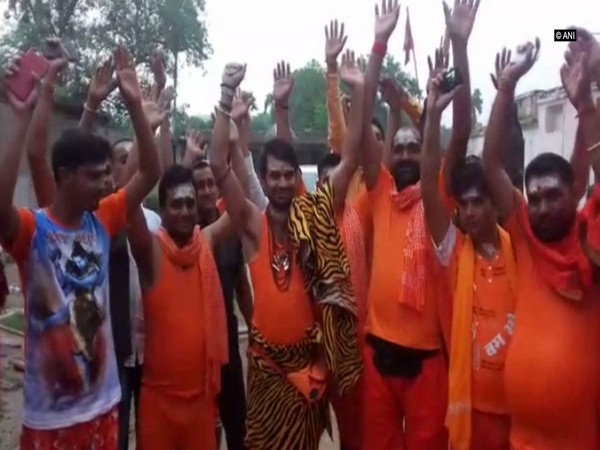 Tej Pratap Yadav, son of Lalu Prasad Yadav and a leader of the Rashtriya Janata Dal (RJD) dressed up as Lord Shiva, on Tuesday,  and offered prayers at a Shiva temple in Patna before leaving for Baba Baidyanath Dham in Deoghar.

ALSO READ: The Kiki challenge is giving nightmares to cops around the world

Lalu was admitted to All India Institute of Medical Sciences (AIIMS) on March 29 for specialised treatment, and was subsequently referred to Ranchi’s Rajendra Institute Medical Sciences and then to a Mumbai hospital. RJD chief returned to Patna on July 8 after undergoing heart treatment in Mumbai.

This is not the first time Tej Pratap is playing dress up. Last year, he had dressed up as Lord Krishna to celebrate the beginning of the new year. Donning Lord Krishna’s avatar Tej Pratap was spotted playing the flute with a red turban on his head.