A father loses his son due to an open pothole! Nothing could have been more distressing than this for Dadarao Bilhore, who’s 16-year-old son, Prakash, died after the bike he was peillion riding, fell into a deep pothole on a rain clogged day. This happened 3 years back on the Jogeshwari-Vikhroli link road in Mumbai. But instead of lamenting and finding faults, the father laid the path to avoid future mishaps through his exemplary work. Following the unfortunate incident, Bilhore started filling up potholes in the city to avert such accidents.
On Sunday, the 29th of July, he filled up the 556th pothole in the city. This marked the third-year anniversary of his son’s death, which happened on July 28th 2015. 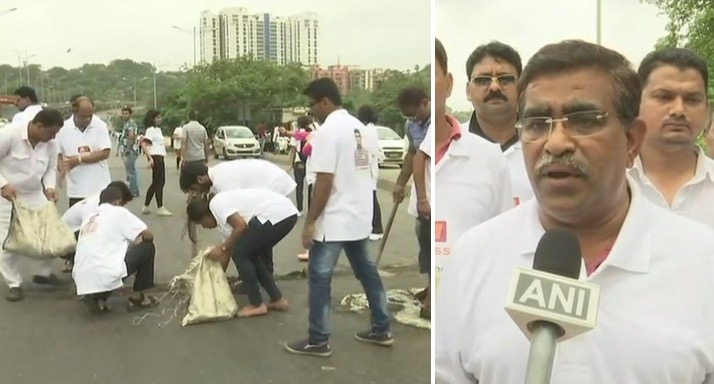 The sole reason for this, was to ensure other people don’t face the same fate as him. He has vowed to work till the time India doesn’t become pothole free.
“If even one lakh people start filling potholes, India will become pothole-free.” He says.

Talking about the conflict between Brihanmumbai Municipal Corporation (BMC), Mumbai Metropolitan Region Development Authority (MMRDA), etc over taking the responsibility of resolving the crisis, Bilhore said, “If people start filling the potholes, they will be inspired to take up the work and solve the problem.”
Around six persons have lost their lives in and around Mumbai due to potholes this monsoon season. 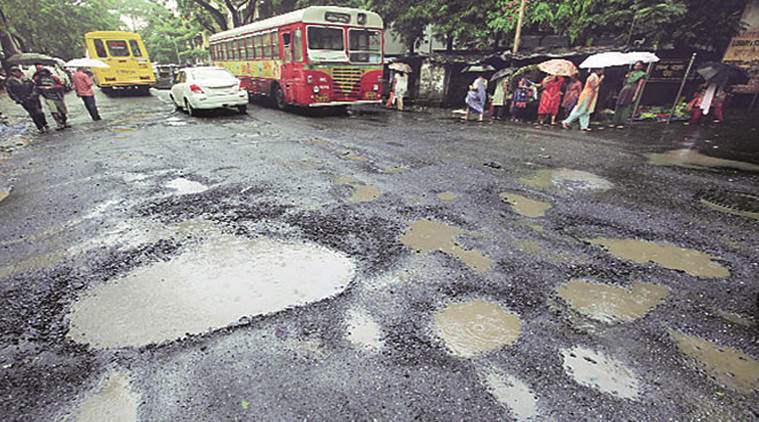 A Goregaon resident, he has single-handedly filled up hundreds of potholes from Goregaon to Mankhurd. Unfortunately, a similar but not life threatening incident happened in early July, when his sister-in-law, Radha, was riding pillion to her son Ram and landed on her face after their motorbike hit a pothole on the Aarey Colony Road.

While Radha, 46, ended up with four stitches on the forehead, a deep cut on the left eye, and multiple bruises, her 25-year-old son Ram is filled with remorse and self-loathing, as he was the one steering the bike three years ago when Prakash – Bilhore’s son – died.

Bilhore, however, isn’t deterred by this incident. He says he will continue the work of filling up the potholes. “Those who have lost their family members in such mishaps will realise what I’m going through,” he said.