Islamabad: Counting of the votes caste in the eleventh General Elections in Pakistan is in its final stages and Imran Khan’s party Pakistan Tehreek-i-Insaf (PTI) has emerged as the single largest party, though it is still short of the halfway mark of 137 seats. Pakistan voted on Wednesday.

On Thursday evening Khan, 65, said “God has given me a chance to come to power to implement that ideology which I started 22 years ago,” in a televised speech from his house near the capital Islamabad.

He said he was ready to lead the nuclear-armed nation despite a long delay in ballot counting and allegations of vote-rigging from his main opponents.

Provisional results released by the Election Commission of Pakistan today morning showed PTI had won 110 seats of the 251 where counting had ended. The National Assembly has 272 seats in total and the halfway mark is 137 for a simple majority. Former Prime Minister Nawaz Sharif’s party PML-N won 63 seats, while Pakistan People’s Party (PPP) 43. This is only the second time in history that a government in Pakistan changing hands peacefully.

Polling took place in the country’s 85,307 polling stations, out of which 17,007 were declared as “highly sensitive.” As many as 12,570 candidates are contesting for 272 national and 577 provincial assembly seats in Pakistan’s 11th general election.

In some remote places of Khyber-Pakhtunkhwa (KP) and Federally Administered Tribal Areas (FATA), many women, who were initially not allowed to vote were seen standing in long queues to exercise their franchise for the first time ever, according to several Pakistani media reports.

ALSO READ: Pakistan elections: Who will the country vote for

Voting was marred by violence and clashes, which led to casualties. In some places, voting had to be temporarily halted. 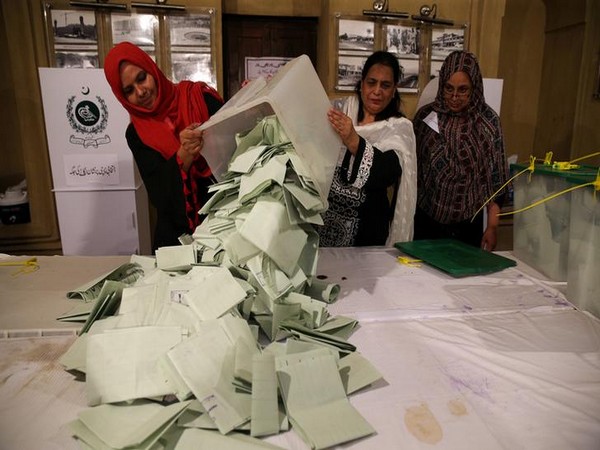 Many political parties, such as Pakistan Muslim League-Nawaz (PML-N), Pakistan People’s Party (PPP) and Pakistan Tehreek-e-Insaf (PTI) had written to the Election Commission of Pakistan (ECP) to extend the polling time, citing the “slowness” in voting. However, the pleas were turned down by the ECP.

The dismal state of Pakistan’s economy stems from foreign debts as reserves dwindle. The country is likely to go to International Monetary Fund for financial support. Since 1980’s, Pakistan has already received 12 IMF bailouts. The upcoming Prime Minister have to conduct its foreign relations adroitly, not just with China who came to provide assistance this month but also with U.S, who accused Pakistan of giving “save haven to terrorists”. Pakistan’s new leader will to take clear stance if they hope to count on U.S for financial and strategic aid.