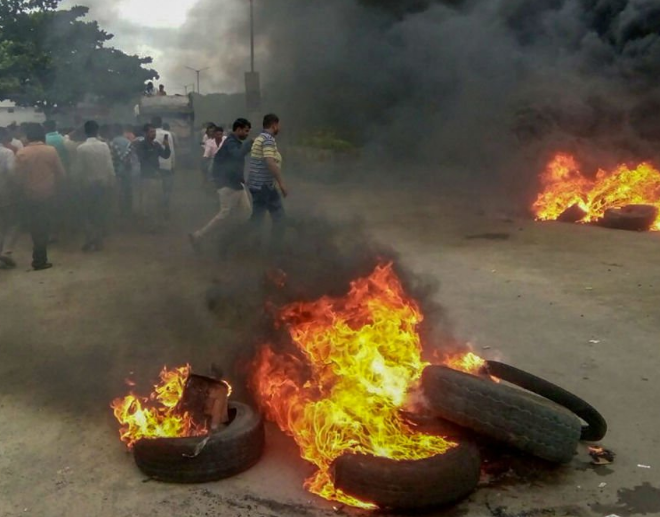 On the third day of the Maratha Quota protest, the agitation escalated and reached Mumbai. Schools and shops in several parts of the city were shut in of the financial capital of India, while roads were blocked and train service disrupted.

Earlier today, Maratha Kranti Morcha workers set several vehicles on fire, vandalized public buses in Navi Mumbai’s Ghansoli and Thane’s Wagle estate area. The protestors are demanding 16-17 % reservations in government jobs and educational institutions, want the amendment to the SC/ST Prevention of Atrocities Act, waiver of farmer loans and punitive action against the those who raped the Maratha girl in Ahmednagar.

In the wake of two suicides in two days, the Mumbai Police urged protestors to protest in a peaceful manner. While Jagannath Sonavne, who attempted suicide on Tuesday died on Wednesday, a 27-year-old man committed suicide by jumping from a bridge in Aurangabad on Tuesday. Marathas, a politically influential section of Maharashtra account for 30% of the population.

Here is what is happening in Mumbai today: