‘India will work with you and for you’, says PM Modi in Ugandan Parliament | Newsmobile
Friday, December 9, 2022

Home Trending Now ‘India will work with you and for you’, says PM Modi in... 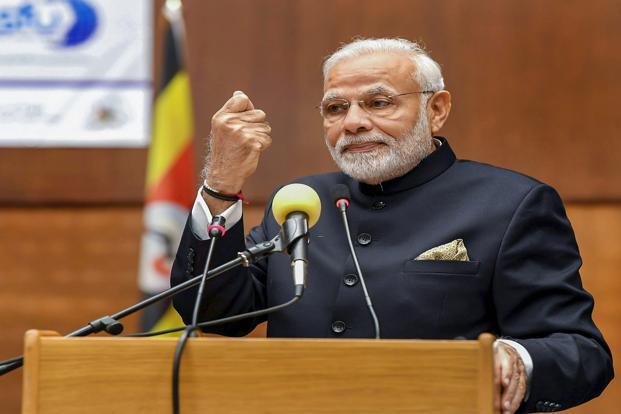 “The story of India’s own freedom struggle is intimately linked to Africa. It is not just the 21 years that Gandhiji spent in Africa, or the First Non- Cooperation Movement he led”, he said.

PM Modi then said that India is proud to be Africa’s partner and Uganda is central in this on the African continent. ” I announced yesterday 2 Lines of Credit for Uganda. The first, of US $ 141 million for electricity lines. And the second, of US $ 64 million for agriculture and dairy production”, he further added.

“We were honoured to host all 54 countries at the third Africa-India Forum Summit in October 2015. We were also privileged to host many African leaders for the inaugural summit of the International Solar Alliance”, PM Modi said while addressing the Parliament.

PM Modi said that the current Partnership between India and Africa includes implementation of 180 Lines of Credit worth about US $ 11 billion in over 40 African countries. “At the last Africa India Forum Summit, we had committed a concessional Line of Credit of US $ 10 billion and US $ 600 million in grant assistance”, he added.

Elaborating on India’s engagement with Africa he listed 10 vital principles which will be guild the engagement.

“India will work with you and for you. Our partnership will build instruments of empowerment in Africa. We will stand in solidarity with your endeavours, in transparency, with respect and on the principle of equality. We will speak for you, and with you”, PM said ending his speech.

Prime Minister Modi is currently on a five-day three-nation tour of the African continent-Rwanda, Uganda and South Africa.