This Jharkhand boy is the brain behind Amazon’s Alexa | Newsmobile
Tuesday, June 28, 2022 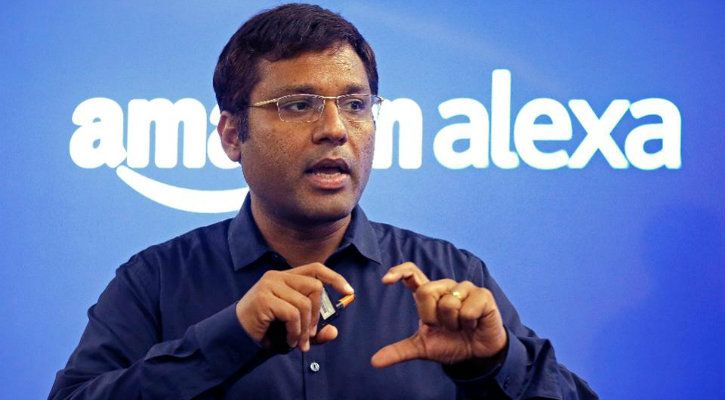 Amazon’s Alexa has a very strong Indian connection, besides the immense popularity it has gained in the country in just four years. It was created by Rohit Prasad, who hails from Ranchi, along with colleague Tony Reid.

Prasad is the Vice President and Head Scientist in Alexa Artificial Intelligence, a position he has held since May 2016. He takes care of the research and development in speech recognition, natural language understanding, and machine learning technologies aimed at improving customers’ experiences with Echo devices, powered by Alexa.

His initiation in the tech world was with a stint as a Staff Scientist in BBN Technologies in 1999, where he worked till 2013. After that he joined Amazon, as the Director of Machine Learning till 2016. In 2016, he became the Vice President and Head Scientist in Alexa Artificial Intelligence.

One of the best examples of Alexa’s smartness is its use in India. In an interview with Times of India, Prasad said that here people ask questions like “weather kya hai”. Additionally there are different languages and even varied dictions. He added that Alexa tackles all this very effectively today. He acknowledged that he is very happy with Alexa’s Indian accent that does not sound funny at all.

However, in India there is a unique problem. Indians have a habit of saying ‘achcha’, which sounds like Alexa to it and it wakes up. Prasad says that they have taken steps to differentiate the two for Alexa.

Talking about his brainchild and what makes it click, Prasad said, “Another important reason for adoption of Alexa is the wide array of intents she can understand and respond to, revolutionizing daily convenience such as accessing and playing music, books, and videos, controlling smart devices in the home, communicating with friends and family, shopping, setting reminders, or getting information you need,” according to The Amazon Blog.

The future of AI is bright, he believes, and it will only get smarter from hereon. “In the next five years, we will see conversational AI get smarter on multiple dimensions as we make further advances with machine learning and reasoning. With these advances, we will see Alexa become more contextually aware in how she recognizes, understands, and responds to requests from users. Alexa will become smarter more quickly as unsupervised learning will dominate how she learns,” he said.

Last year Rohit Prasad was ranked 9 and Reid was ranked 10 in Fast Company’s 100 Most Creative People in Business. They were also ranked 15 in 2017 on Recode’s 100 people in tech, business and media who mattered.