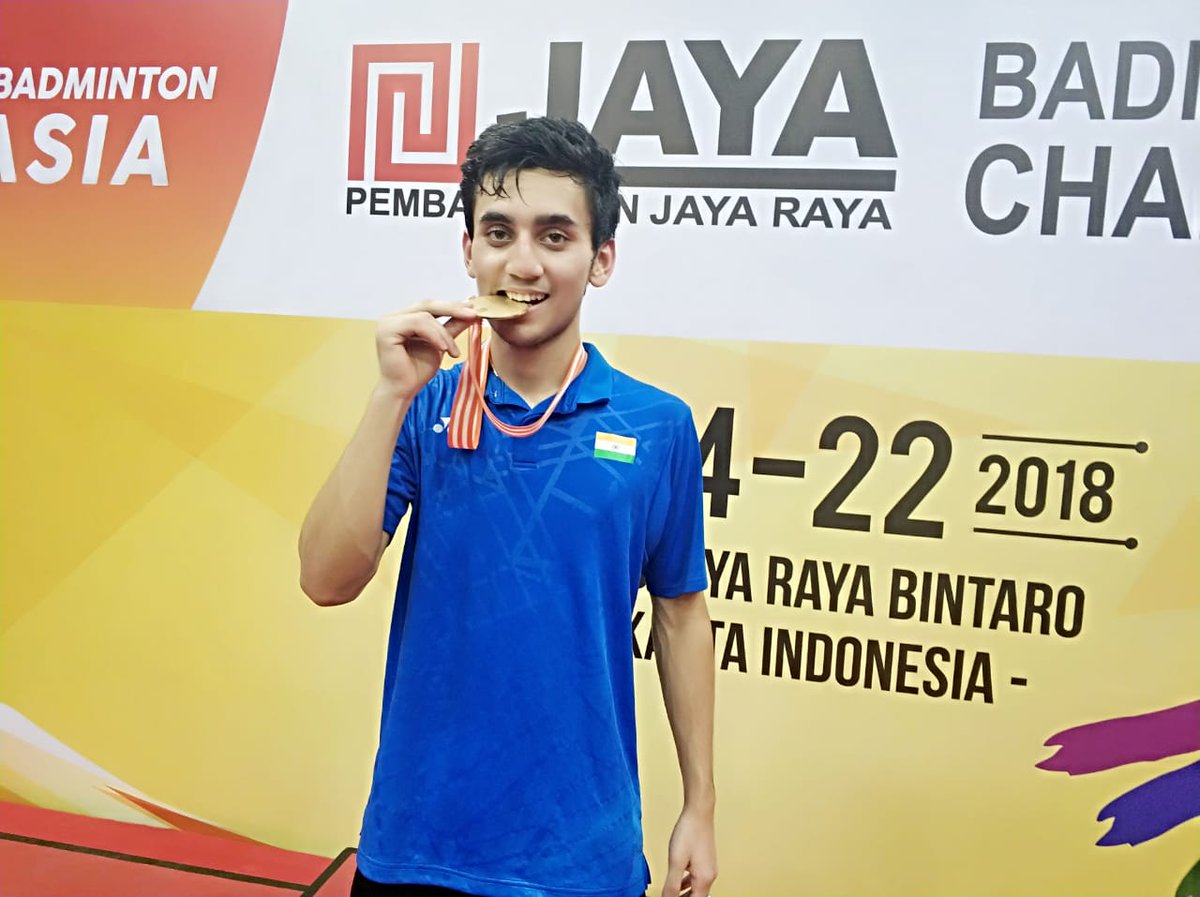 The 16-year-old thrashed his Indonesian opponent in Jakarta by 21-19, 21-18 to win gold for the country at the mega-event after a gap of six years.

Starting the game on a slow note, he steadily built the momentum and kept his nerves intact to emerge victorious in the match.

As per expectations, junior world number one, Vitidsaran started the first game with some attacking moves and gained the initial lead of two points.

Making a comeback, Sen collected two points in quick succession and soon the two locked horns at the score of 7-7.

A tight contest between the two players ensued with none willing to give way to the other.

The audience stood up as both the players stood at 19-19. Ultimately, it was Sen who deceived his opponent with a wonderful drop and won the first game.

The second game started on a similar note with both battling hard to maintain lead. After the initial score of 4-4, Sen took a three point lead but, the Indonesian player made a strong comeback to even it at 17-17. Sen gained the 18th point at the crucial stage of the match and gave no chance to his opponent, after that.

The Indian shuttler created history by beating the top-seed 21-18 in the second game and winning the championship by a wide birth.