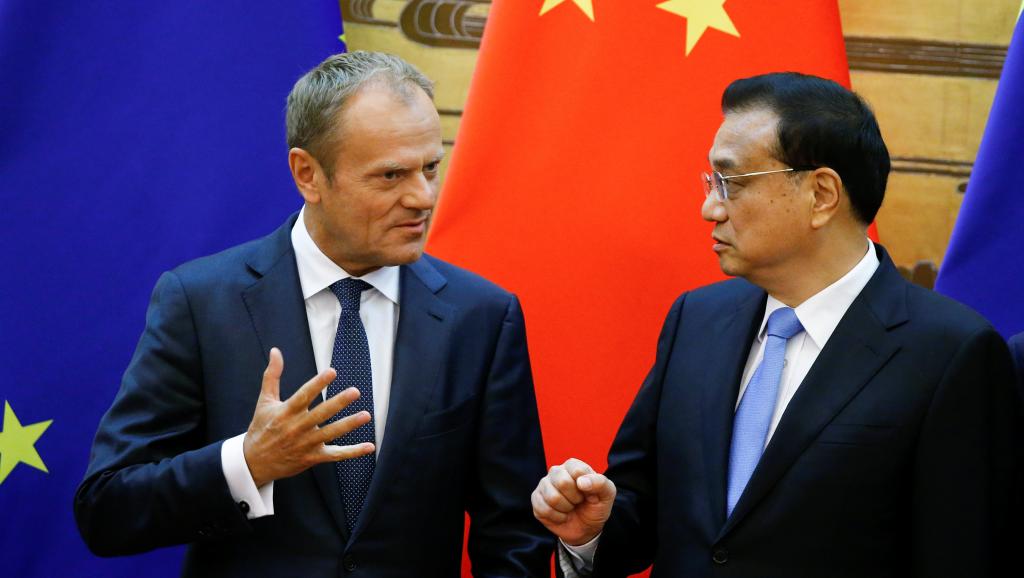 July 16th, An unprecedented summit took place between China and the European Union (EU). Which is being seen by many as an interesting turn as far as Chinese views of the EU are  concerned . There were several tiffs between the two sides in the past

However  President Xi Jinping met with and agreed with the leaders of EU President Donald Tusk and President Jean-Claude Juncker  that rules-based trade was essential  and reaffirmed their joint engagement to reform the World Trade Organisation.  This surprising agreement comes, not surprisingly due to Donald Trump , who has stayed faithful to his recent statements and policies and has even gone as far as to threaten to impose $500 Billion worth tariffs on China. This has led to a lot of angry rhetoric from the Chinese President who accused the Trump Administrations of behaving as if it were in a freestyle- no rules boxing match. Donald Tusk also aptly added

“It is a common duty of Europe and China, America and Russia, not to destroy this order, but to improve it. Not to start trade wars, which turned into hot conflicts so often in our history, but to bravely and responsibly reform the rules-based international order.”

Otherwise the agreement like most others  went over the issues of foreign policy, general agreements  and rules- based international order with UN at the core In addition, they agreed to forge synergies between China’s belt and road initiative and the EU’s initiative with a view to improve Europe-Asia connectivity.    however the summit must be taken in from a balanced view point considering  while China may advocate such ideals , they have some questionable agreements such as when EU noticed that investment in China was low in 2017 despite promises made.