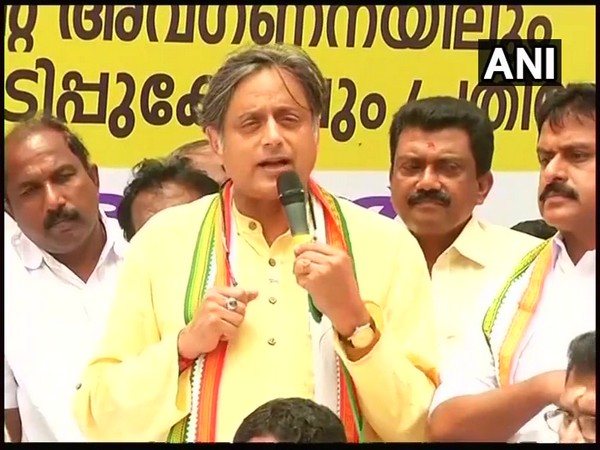 Congress MP Shashi Tharoor continued his verbal tirade and seems all set embarrass his party yet again, now with his Hindu Taliban remark.

“They are asking me to go to Pakistan. Who has given them the right to decide that I am not a Hindu like them and I don’t have the right to stay in the country? Have they started a Taliban in Hinduism?” Shashi Tharoor said while addressing a public gathering in Thiruvananthpuram, on Tuesday.

Tharoor had earlier stirred a hornet’s nest with his “Hindu Pakistan” comment and has once again hit out at the BJP-led government at the centre and questioned whether they are trying to start Taliban in Hinduism.

He defended his remark on the floor of the house prompting reactions from BJP. “It (attack on his office) wasn’t only an attack on constitutionally provided office but larger attempt by ruling party to destroy idea of India&accepting pluralism. Swami Agnivesh was also attacked. We shouldn’t stand by as mob lynching&hooliganism rule democracy,” he said in the Lok Sabha.

After “Hindu-Pakistan” jibe Mr Tharoor furthering His attack on the Hindus comes up with a new term “Hindu-Taliban”!
From Hindu-Atankwadi to Hindu-Taliban ..this only reflects the pathological hatred of the Congress for the Hindus!
याद आया “हाँ,कांग्रेस मुसलमानों की पार्टी है!”

This comes close on the heels of Tharoor’s statement on Monday where he accused the Bharatiya Janata Party Yuva Morcha of vandalising his constituency office in Kerala’s Thiruvananthapuram.

Tharoor alleged that offensive slogans were raised against him; asking him to go to Pakistan. He also alleged that his office was damaged.

Last week, Tharoor had stated that if the BJP wins the 2019 Lok Sabha elections, it will create a condition leading to the formation of a ‘Hindu Pakistan’.

On Tuesday addressing an event in Thiruvananthapuram, Tharoor said, “If they (BJP) win a repeat in the Lok Sabha our democratic constitution as we understand it will not survive as they will have all the elements they need to tear apart the constitution of India and write a new one. That new one will be the one which will enshrine principles of Hindu Rashtra, that will remove equality for minorities, that’ll create a Hindu Pakistan.”