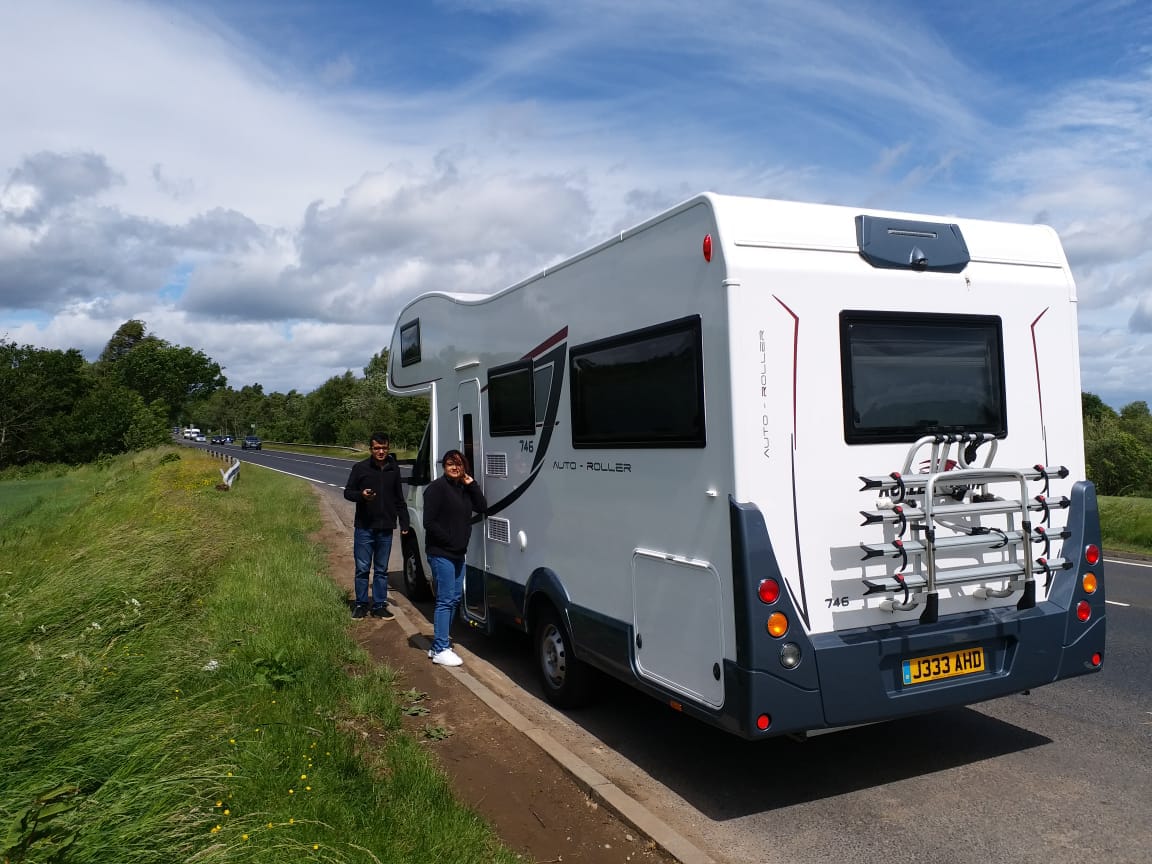 To explore is as basic a need for humans as to breathe. The world and all its horizons having been explored and splattered across Facebook and Instagram, awoke in us the need to do our exploring a tad differently. If you have fond memories of childhood engrossed in the wonderous world of Enid Blyton, you would recall the caravans that added to the allure of them. So, we decided to embark on our much anticipated discovery of Scotland ensconced in what could only be called a home with a motor and therefore a Motorhome. 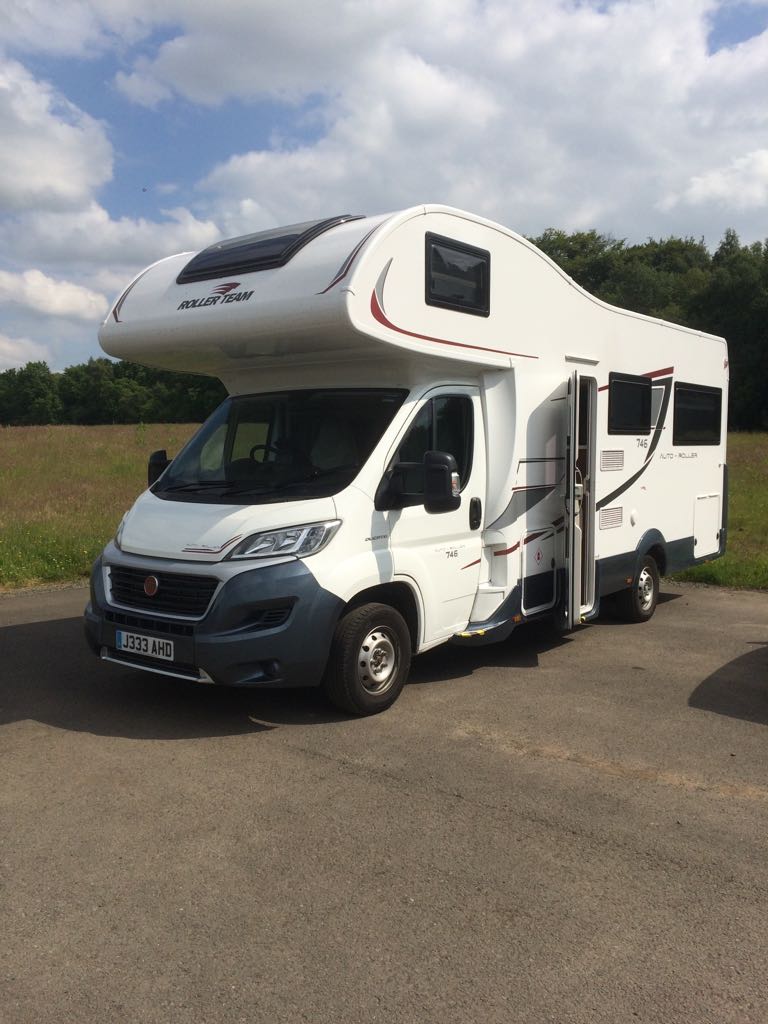 Having booked one from Desh, procured the necessary insurances to go for it and watched enough You Tube videos to have a false sense of bravado at the enterprise; My Spouse (who shall henceforth be lovingly referred to as The Man), two teens and I landed in Glasgow ready for a dash of adventure in a monster which can carry and sleep 6 adults or children within its caravanous hold.

I must amend my narrative to point out that, while the parents were bright eyed and bushy tailed ready to experience the Lowlands and the Highlands, the two disgruntled teens were not. They would rather have experienced Scotland via warm rooms in comfy Hotels vis-à-vis life experienced outdoorsy with toilets that required to be emptied out like chamber pots.

After a bit John’s (our helpful instructor) lilting Scots accent became familiar we finally understood the myriad workings of the interior of the van. It seemed daunting to remember so many details till he shared the written guide on everything that we could carry, I breathed a sigh of relief and promptly stopped concentrating.

Soon, excited and not in the little bit perturbed we set out and got our first learning that it might not be as easy as we had thought. With a well equipped kitchen in the Motorhome there was a noisy issue for the crockery and other kitchen equipment rattled loud as the van meandered out through the cobbled streets of Glasgow onto the Motorway towards Edinburgh.

To understand the full scope of the sounds, I can use no better expression than the one used by the Man, who soon would christen the rig a Haryana Roadways Bus! There would be many more learnings along the way as we spent seven nights in our home literally on the move.

The first thing is size. Motorhomes are big. Really big. Ours was a monster that comfortably housed a not so slim couple with their five and half foot plus teenage kids. Delightfully called a Premier Motorhome – 2-6 Berth with a rear lounge or realistically the Rollerteam 746 can be a comfortable nest to explore the outdoors.  However, driving it is not as easy even though the vehicle is only two feet larger than an ordinary car. Judging the extra length while driving and reversing it as well as finding parking near cities is problematic. To top it all the wind speeds in Scotland can rattle the most confident of drivers, which The Man certainly is. Nevertheless the locations you can spend your holiday literally in the lap of Mother Nature make up for the ruts along the way.