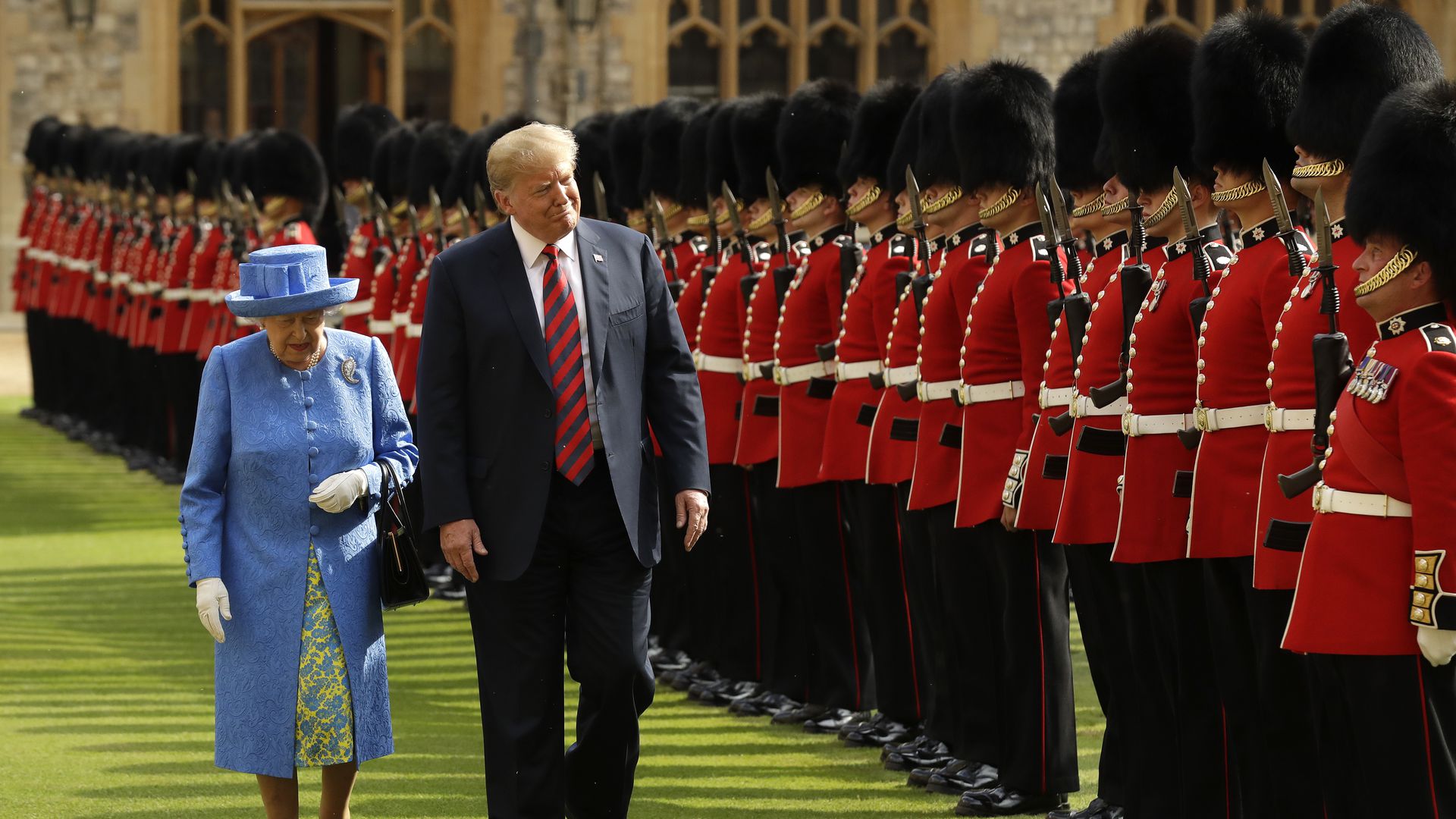 The Queen and the US President inspected the Guard of Honor before watching the military march-past. The President and First Lady then joined the Queen inside the castle for afternoon tea.

Meanwhile, thousands of protesters marched through the streets of London – about 20 miles from Windsor Castle – against Trump’s UK visit. Britishers took to the streets of central London to protest President Trump in what was dubbed a “The Stop Trump March.”

The visual cornerstone of the anti-Trump protests, which included several organized marches, was a giant balloon depicting the US leader as an angry, screaming orange baby in a diaper, clutching a cellphone with Twitter on the screen. 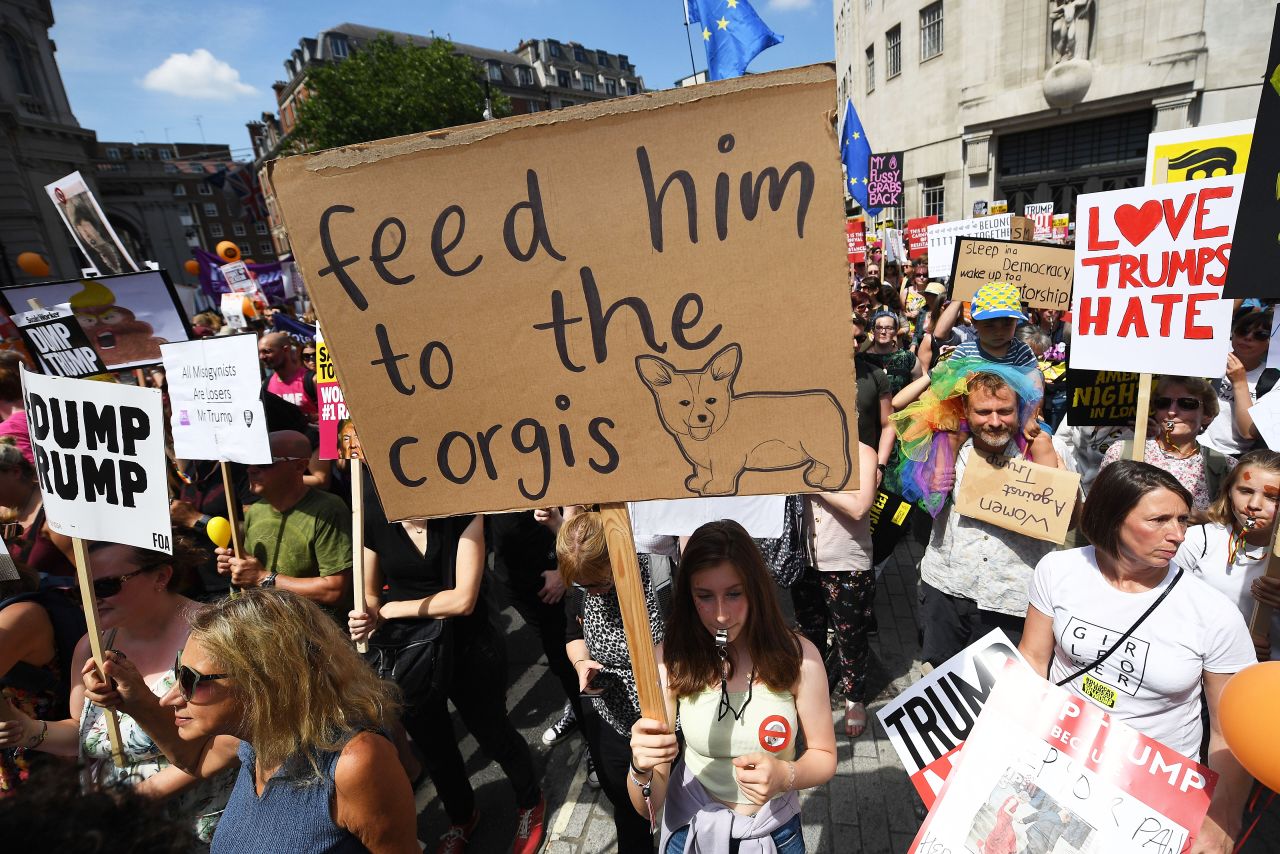 In an interview with an English tabloid this week, Trump said of the Queen: “She is a tremendous woman. I really look forward to meeting her. I think she represents her country so well.”

The Queen has reportedly met 10 of the 11 US Presidents since she took the throne. She met Harry Truman when she was princess in 1951.

This was the US President’s working visit as though he has a standing state visit invite from the country for a year now, but, he has not made it good because of the massive protests from the public who are against their country’s diplomatic policy.

Trump has acknowledged that he feels unwelcome in the British capital, suggesting it was part of the reason he didn’t spend much time there during his UK visit. Apart from the Queen, he also met with the Prime Minister, Theresa May.

The Trumps are scheduled to proceed to Scotland for a ‘spot of golf’ very soon.