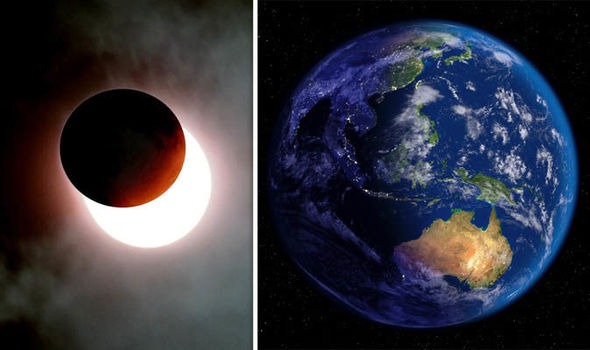 A Supermoon solar eclipse will occur on Friday i.e. July 13. This even is taking place after 43 years and won’t happen again till 2080. The eclipse will be visible from South Australia, the Pacific and the Indian Ocean.

Sometimes the moon is closer to the Earth due to the elliptical path and appears larger than usual, creating a Supermoon. The path of moon is tilted which means the New Moon very rarely intersects the path of Sun in the daytime sky. But this time a new moon that’s as close to Earth as it gets for the rest of 2018 will pass in front of the sun. The last time it happened on December 13, 1974.

The peak time of this eclipse will at 1:21 pm in Melbourne and 1:24 pm in Tasmania (local time). This is a very partial eclipse leading to no change in the intensity of sunlight. However, it should viewed through solar eclipse glasses and not directly the whole day if you want to see.

It is a month of special eclipses as two weeks later on July 27 the longest complete lunar eclipse of the 21st century will take place.

The next total solar eclipse is on July 2, 2019 in the South Pacific, Chile, and Argentina.