London: Former Pakistan Prime Minister Nawaz Sharif and his daughter Maryam had an emotional farewell meeting with former finance minister Ishaq Dar in London before leaving for Pakistan on Thursday.

The picture of the farewell shows emotional scenes, wherein Nawaz’s friends and relatives can be seen weeping.

Maryam’s kids can also be seen embracing her and kissing her forehead.

Told my kids to be brave in the face of oppression. But kids will still be kids. Goodbyes are hard, even for the grownups. pic.twitter.com/ge17Al5gfY

On that note, another picture of Nawaz and Maryam with ailing Begum Kulsoom at London’s Harley Street Clinic has surfaced on social media.

The picture shows Maryam breaking down into tears and Nawaz keeping his hands on Kulsoom’s head. 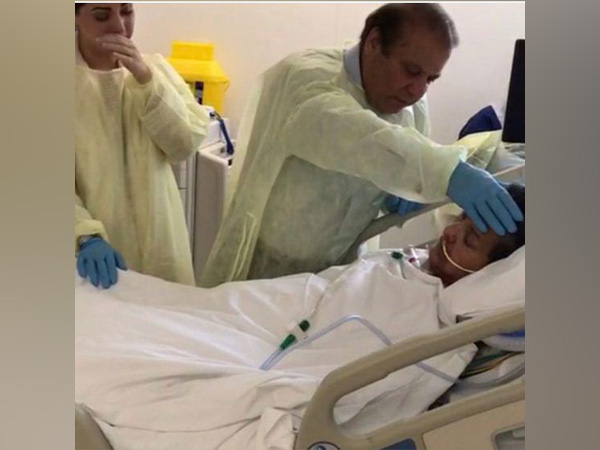 The father-daughter duo, who left from London on Thursday, will be arrested by a special National Accountability Bureau (NAB) team at Abu Dhabi Airport in United Arab Emirates (UAE) on Friday.

NAB sources in Islamabad said that both the convicted would be kept at Adiala jail for a day before being transferred to the notorious Attock Fort prison.