How far do you think a football fan can go to watch his team play? A mile? A city? A continent? But to do that on a cycle…well, that’s the extent this fan went to!

Clifin Francis, traveled more than 4,000 kms, to reach Moscow for the FIFA World Cup. A resident of Kerala, he cycled his way to Moscow to join the biggest soccer competition to meet Lionel Messi. 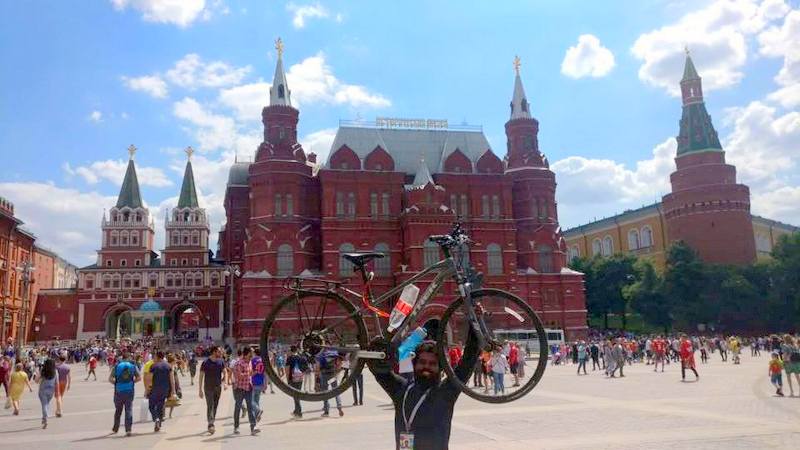 Clifin is a 28-year-old mathematics teacher at a coaching centre in Ernakulam. The young fan loves football and cycling and so decided to enjoy by combining both of them. His journey started on 23rd February 2018, from Kerala to Dubai, where he went by flight. He travelled from Dubai to Iran by ship. His journey on the cycle started from Bandar Abbas, Iran. 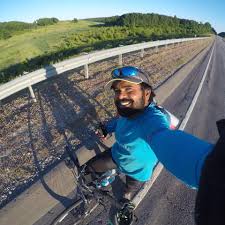 Francis is an Argentina fan and his dream was to watch his team play. He travelled through UAE, Iran, Azerbaijan and then reached Russia. However, he could only watch the France v/s Denmark match, as that’s the only ticket he had.

He reached Russia on 5th June. Clifin has been posting selfies and videos on his facebook profile, allowing his family, friends and the audience to have a look at his journey.

Clifin had an amazing experience at Azerbaijan and Iran, which is clearly seen through videos and various pictures that he posted on his Facebook account. In the interim, he also celebrated his 28th birthday in Iran. 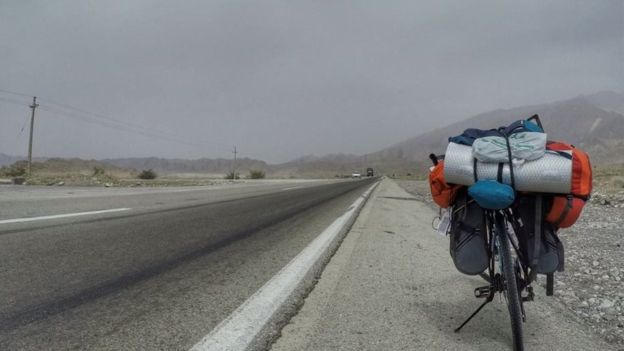 His next big aim is to travel across the world and write about it. An inspiration for all the adventure enthusiasts out there!