Abhishek Bachchan is in Russia with his father Amitabh Bachchan to watch Fifa Semi-finals. Junior Bachchan is a known football enthusiast and even owns a club in an Indian League. 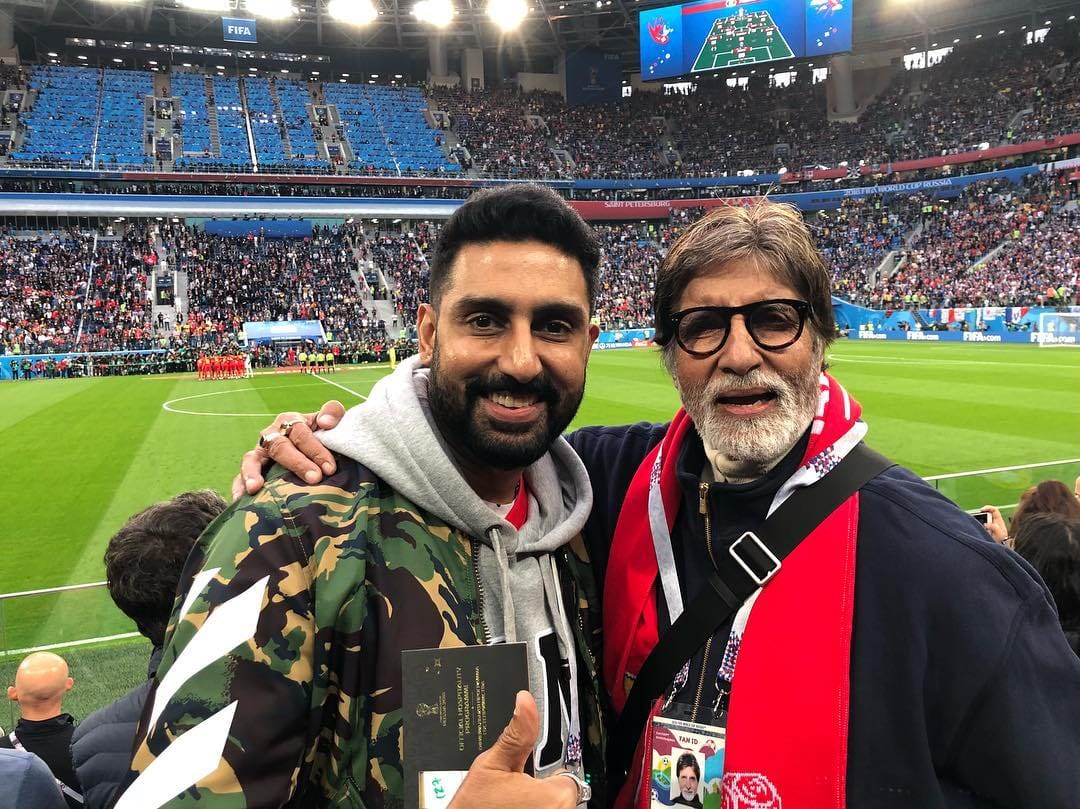 This is the 21st edition of Fifa World Cup. The actor congratulated France beating Belgium and entering the finals. Junior Bachchan also uploaded pictures of tickets on his social media account. In one of the photos shared by Abhishek, he pointed out at a man carrying the Indian flag and wrote, “Come on India” along with it. The other picture was with Big B. 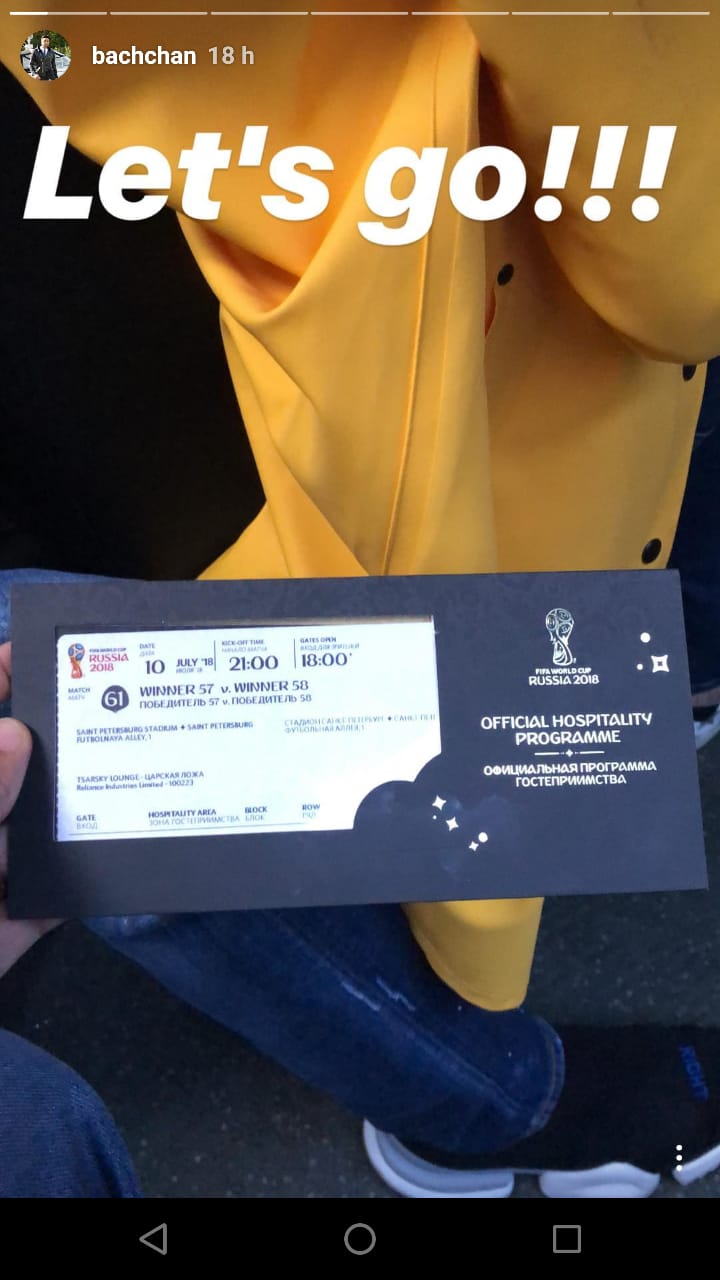 Other family members of Bachchans are also in Russia, Amitabh posted photos of daughter Shweta Nanda and grandchildren Navya Nanda and Agastya. 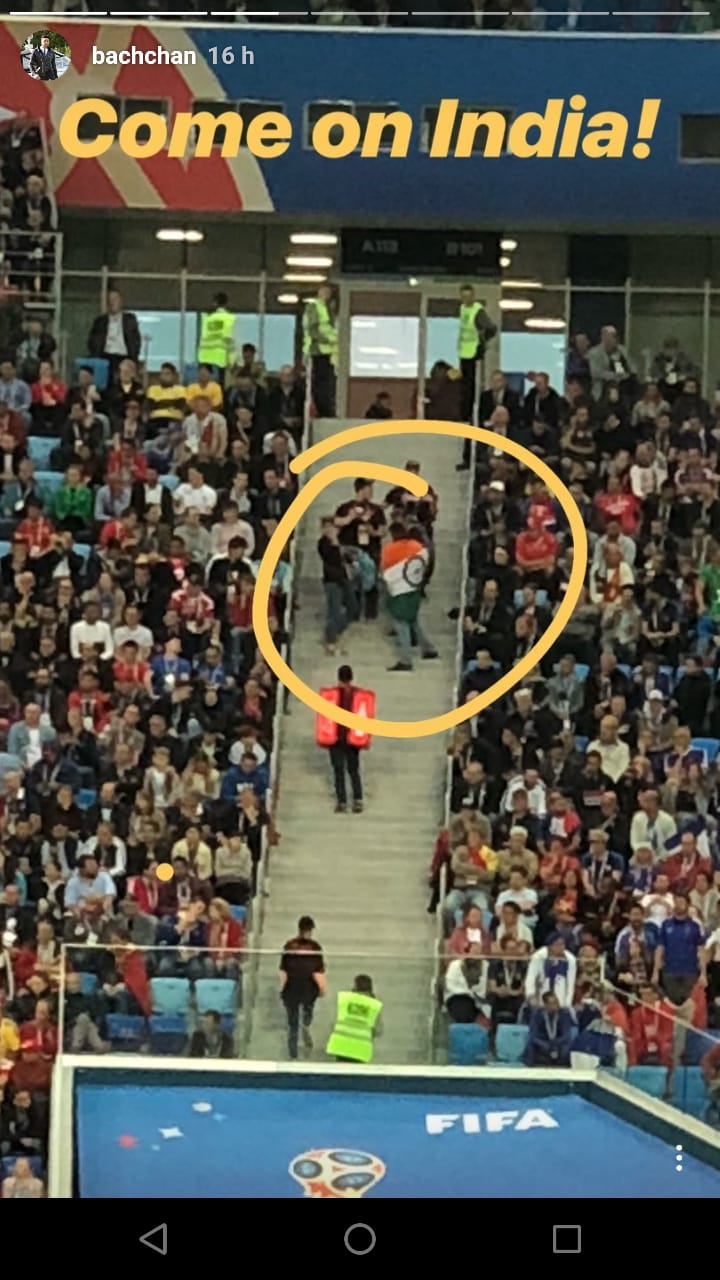 On the other hand, wife Aishwarya with daughter Aaradhya is roaming in Disneyland, Parris.