Home Home Slider Guess which Bollywood star is the first Indian to have an interactive... 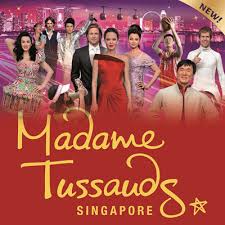 Madam Tussauds Singapore has chosen Anushka Sharma for the first ever interactive wax statue. With this she has become the first Indian to have an interactive statue that can chat with her fans. She joins global icons like Oprah Winfrey, Cristiano Ronaldo and Lewis Hamilton.

Madam Tussauds is known for being selective in personalities that gets a unique interactive feature. Tussads has traditional statues of Indian celebrities like Madhuri Dixit, Hrithik Roshan, Shah Rukh Khan and Amitabh Bachchan.

“In fact, hers will be the first wax statue in Singapore museum with this feature. It’s a new interactive feature that Madame Tussauds is introducing with her figurine. It only proves her popularity across countries because only a handful of global power leaders and icons have such interactive features with their statues,” an insider told the Hindustan Times.

The statue will be holding a phone and the visitors can click selfies. Anushka’s statue will then greeting them those who pick up the phone.