The Maximum City continues to experience heavy rainfall and there seems to be no respite anytime soon, resulting in the low-lying areas of Parel, Dharavi, Matunga and King’s Circle. The suburbs of the neighbouring Thane district, including Dombivali, Kalyan and Ambernath are also forecasted to be flooded.

NO RESPITE FOR 48 HOURS

The India Meteorological Department (IMD) on Sunday, predicted “continuous rain with heavy to very heavy falls” for the Maximum City in the next 24 hour period. In the next 48 hour period, as per IMD, the forecast of Mumbai is likely to see “a few spells of rain or shower with heavy at one or two places likely over the city and suburbs”.

The MeT department, for Monday, has issued a warning for “heavy to very heavy with isolated extremely heavy rainfall” later in the day in the metropolis and the neighbouring Thane, Palghar and Raigad districts.

No Water logging has been recorded in the past few hours. Traffic running smoothly at Powai-JVLR-Eastern Expressway. No major traffic congestions reported #TrafficUpdate

Pouring beyond the weekend, quite literally, of the 26 weather stations in Mumbai and its suburbs, 14 recorded more than 100 mm rainfall since Sunday. The India Meteorological Department (IMD) in Mumbai said the city’s Chembur area received the highest amount of rain with 184.2 mm rainfall followed by Goregaon which recorded 162.2 mm. 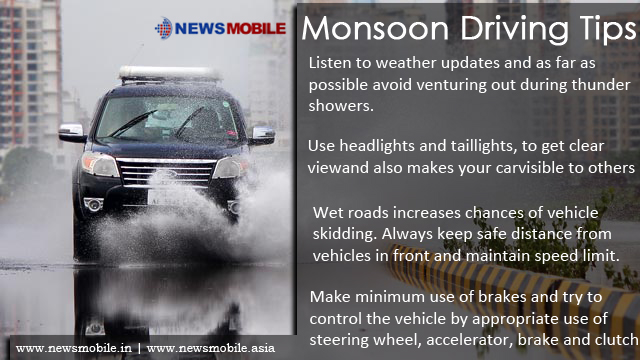 Meanwhile, the Maharashtra Education Minister has declared a holiday on Monday in all schools and colleges in Mumbai Metropolitan Region due to heavy rainfall. While no water logging has been recorded in the past few hours in the city according to Mumbai Police. No major traffic congestions have been reported. Visibility at the Mumbai airport was “not very good” but flights were operating according to schedule, a MeT official said, adding no warning has been issued for the aviation sector so far.

From 8:30 am on Sunday to the time of publishing, Colaba Observatory recorded 171 mm of rains, whereas Santa Cruz Observatory had witnessed 122 mm as per Skymet Weather. The Sunday downpour came in the backdrop of a whopping 131 mm of rains in Mumbai on Saturday.

Watch out for your backs guys… problem is both these roads are unavoidable and fairly arterial Bandra roads. Your back in an auto and your cars are screwed! #bandra #menhboobstudio pic.twitter.com/LXDruTQbsH

Wow. Can you hear that? 8am rain update from lower parel. It’s coming down heavy and hard. #MumbaiRains #MumbaiRainsLive #mumbai #MumbaiRain pic.twitter.com/UIoy1ZaZkU

#SpiritofMumbai isn’t an accomplishment. It’s a Stockholmian derivation where you regard your abuse as your trophy in life. Fellow victims empathise with each other. #MumbaiRain #MumbaiRains2018 #anythingelse #fb pic.twitter.com/f9g9H5kWtQ