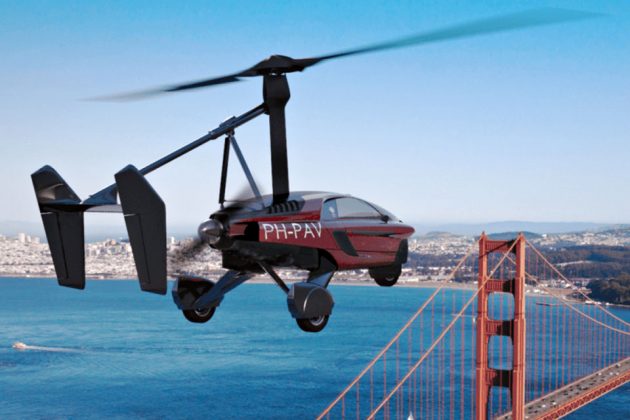 The vision of ‘flying car’ is soon going to be a reality as later this month, the ‘world’s first flying car production model,’ the PAL-V Liberty, will take flight at Farnborough International Airshow, taking place July 16-22 in England.

PAL-V Liberty is the futuristic aircraft that resembles the offspring of a car and helicopter, however, the Dutch makers of the machine describe it as a gyroplane.

“The PAL-V is not a helicopter. In flying mode the PAL-V is a gyroplane. The difference? The rotor of the helicopter is powered by an engine. The blades of the PAL-V are not powered. They are powered by the wind. As long there as is airflow they rotate. They act like a continuously open parachute.”

The flying car is getting close to completion, with the company saying it’s currently going through the last step of the certification process: compliance demonstration.

“It takes a lot of testing to prove that the PAL-V Liberty complies with the regulations,” said Mike Stekelenburg, PAL-V’s Chief Engineer, explaining that the design philosophy of using proven technology, rather than those still requiring new regulations “enables a realistic and imminent first product delivery date.”

Robert Dingemanse, CEO of PAL-V, stated: “The production model is the moment of truth. The moment where the wall between fiction and facts is torn down” also noting that “Once full certification is granted in 2020 we will hand over the keys of the PAL-V Liberty to our first customers.”

And yes, there are already pioneer clients gaining experience at flying schools in preparation for deliveries commencing in 2020.

The Farnborough event marks the first time that the PAL-V Liberty is present at an airshow and in the UK.