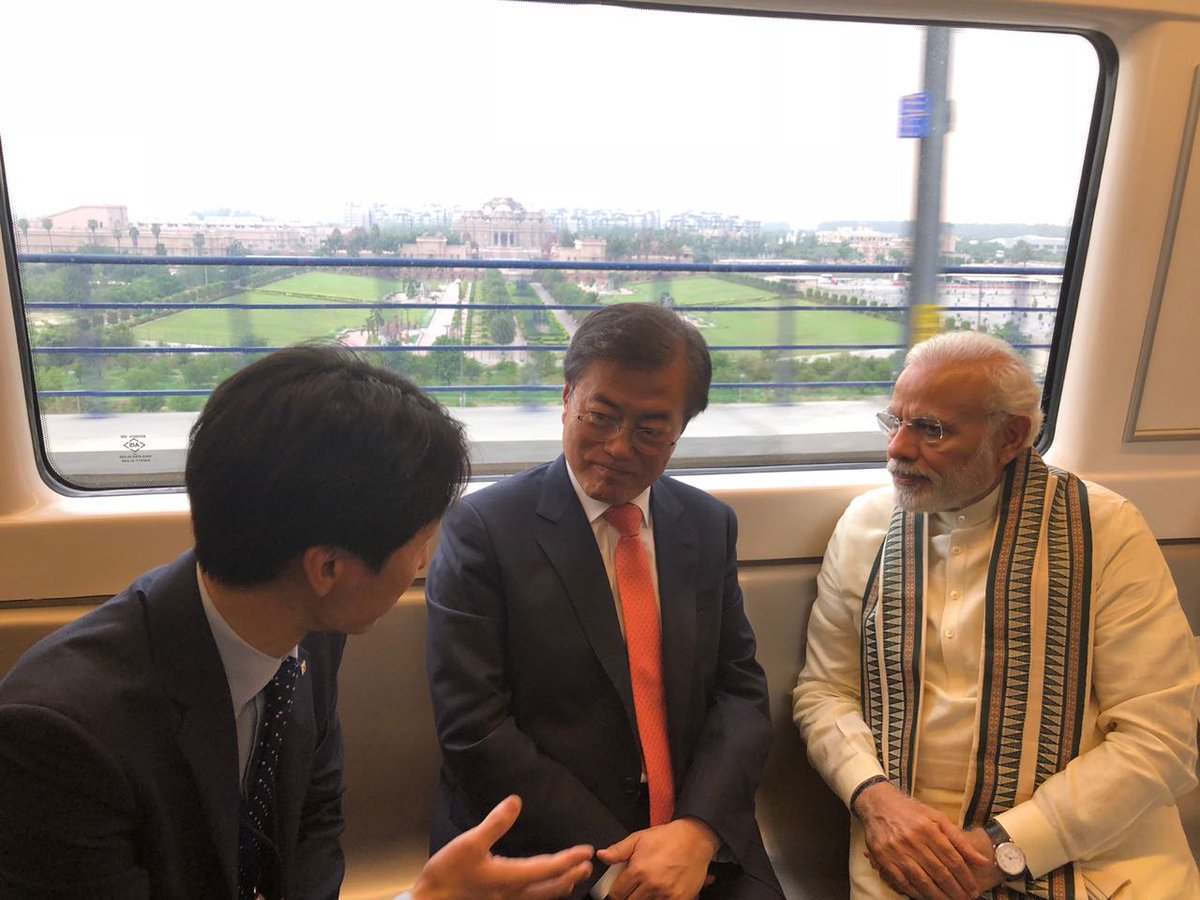 New Delhi: Prime Minister Narendra Modi along with South Korean President Moon Jae-in took a ride in Delhi Metro on Monday ahead of their visit to the Samsung plant in Noida.

Some glimpses from the journey on the Delhi Metro. pic.twitter.com/nmkxgMi7Jt 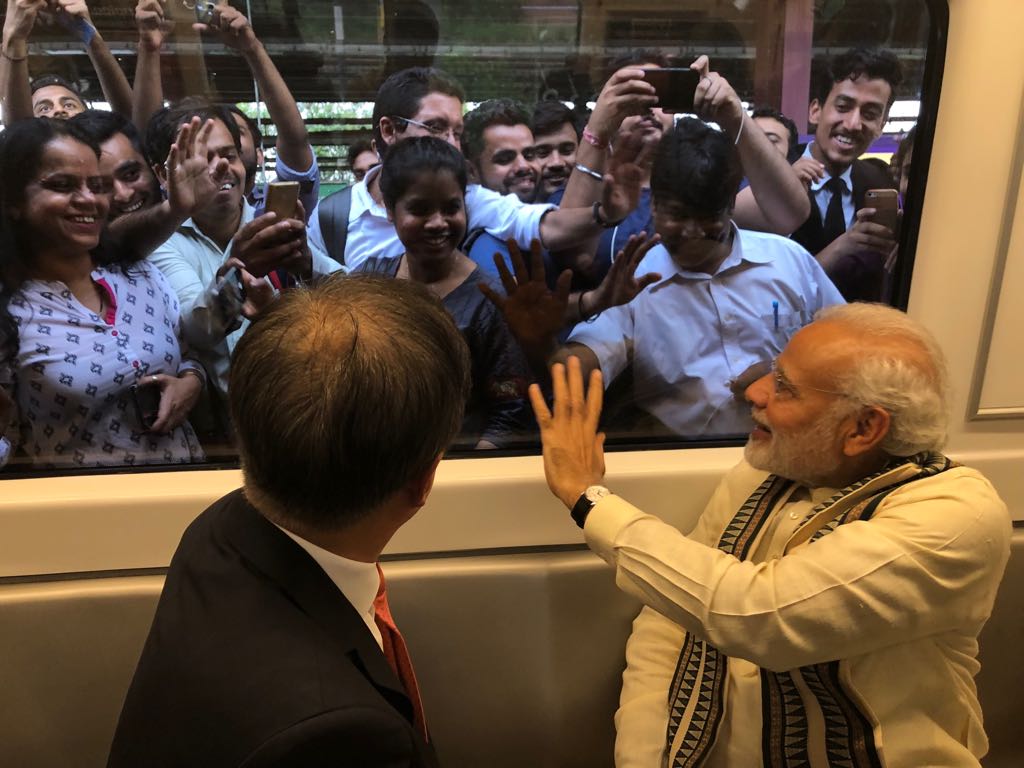 Commoners were surprised to see the two leaders in the metro as they waved to them and even posed for selfies.

#WATCH Delhi: South Korean President Moon Jae-in and PM Narendra Modi in the Metro while on their way to the Samsung plant in Noida pic.twitter.com/8FSTOK5jyg 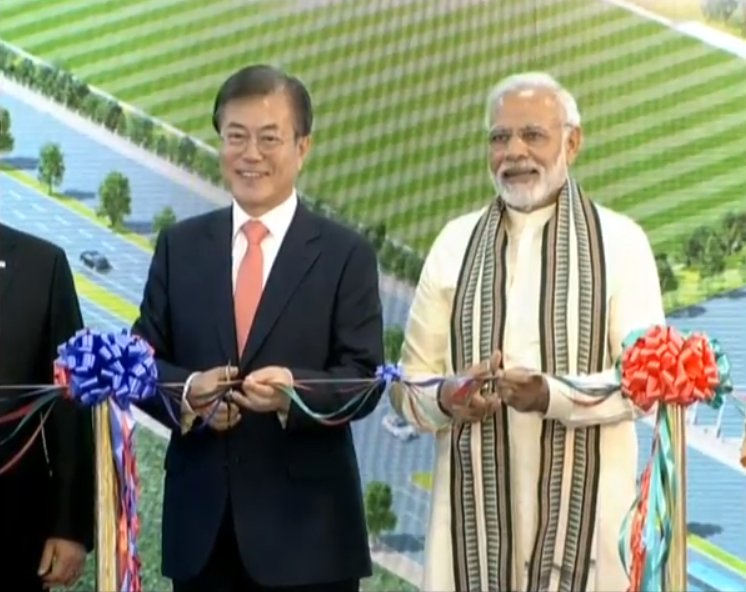 The South Korean President is on a three-day visit to India, having arrived in New Delhi on Sunday evening.

He and his wife, Kim Jung-sook, were received by Minister of State (MoS) for External Affairs General (retd) VK Singh.

South Korea has been playing a pivotal part in the making of Delhi Metro.

This is not the first time when Prime Minister Modi took a foreign dignitary on a metro ride.

In April last year, PM Modi took a ride in Delhi Metro with his Australian counterpart Malcolm Turnbull. Before that, French President Francois Hollande also boarded metro for a ride while on his visit to the country in 2016.

In Noida, PM Modi and South Korean President will inaugurate a Samsung Electronics facility, which is being touted as the world’s largest mobile factory.

President Moon is also scheduled to attend the India-Korea Business Forum later in the day.

On July 10, he will be accorded a ceremonial reception at the Rashtrapati Bhawan.

Prime Minister Modi will then hold official talks with the South Korean President at Hyderabad House, which will be followed by an official lunch.
The two leaders will also address the India-South Korea CEOs Roundtable.

In the evening, President Moon will meet his Indian counterpart Ram Nath Kovind, who will also host a banquet for the visiting dignitary and his delegation at the Rashtrapati Bhawan.

This is President Moon’s first-ever state visit to India after he took over as the President last year.

A number of agreements are likely to be signed during the visit.