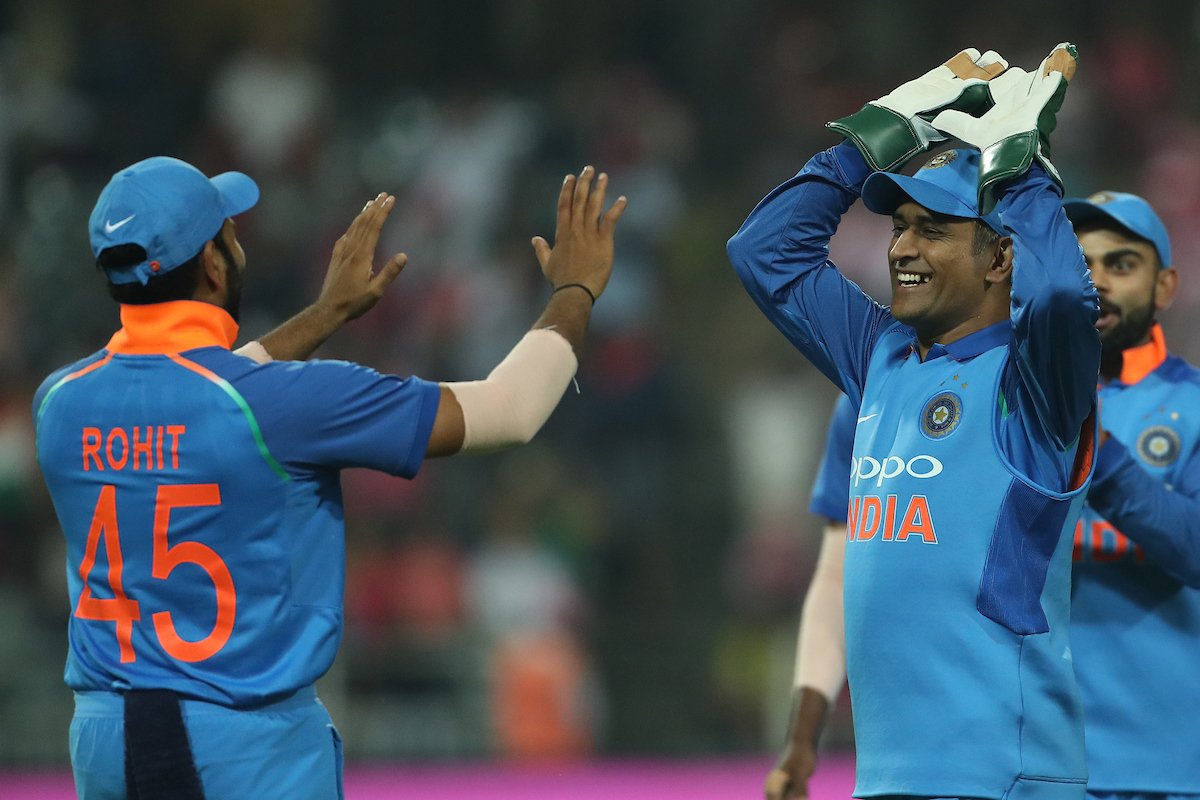 Those who question the fitness levels and and playing capability of Captain Cool had an answer on Sunday, when the 37 year old MS Dhoni broke two world records on the same day. Not only did he become the first wicket keeper to collect 50 catches in T20 matches, but he also became the first player to take 5 catches in T20I.

During the third match against England, in Bristol, Dhoni first dismissed opener Jason Roy and granted Deepak Chahar his first international wicket. Later he helped Hardik Pandya dismiss Eoin Morgan and Alex Hales. And then it was the turn Jonny Bairstow and Liam Plunkett to be caught behind the wickets.

Dhoni is India’s most successful captain having won all ICC tournaments and also being the highest scoring keeper coming in at number 7.

Not only Dhoni but Rohit Sharma also became the first Indian to score 3 T20 hundreds with his century in Bristol.