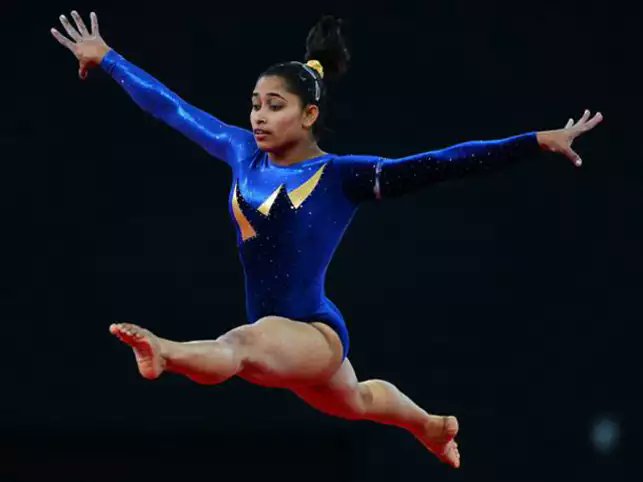 T 2861 – CONGRATULATIONS to @DipaKarmakar .. she has won Gold in the World Championships for gymnastics on the Vault .. you proved to the World that what was wrongly denied to you in the Olympics, you won it here .. !! Proud of you .. we are proud Indians because of you ! 🇮🇳 pic.twitter.com/BUgmXl8Not

Dipa Karmarkar who was out of action due to an anterior cruciate ligament injury, made up for the gap by clinching a gold at the event. She missed the bronze at Rio Olympics, where she attempted the Produnova, a move so difficult that it is named after first gymnast who attempted it.

At the Rio she stood fourth in the Women’s Vault Gymnastics with an overall score of 15.066. Till date she is the fifth woman ever to successfully do the Produnova.

She also became the first Indian female gymnast ever to compete in the Olympics, and the first Indian gymnast to do so in 52 years. Dipa is a recipient of Padma Shri, the fourth highest civilian award in the Republic of India.

She shot to prominence when she won a bronze medal at the 2014 Commonwealth Games in Glasgow.