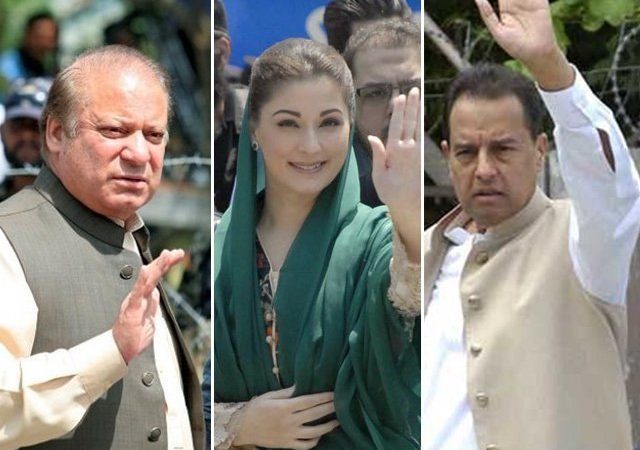 Former Pakistani Prime Minister, Nawaz Sharif’s son-in-law, Captain (retired) Muhammad Safdar Awan, convicted in the Avenfield case, appeared at a rally in Rawalpindi of the Pakistan Muslim League-Nawaz (PML-N) today. He said that he was there to court arrest amongst supporters.

Safdar was sentenced to one year of imprisonment on July 6 in the Avenfield case. According to media reports, Pakistan’s National Accountability Bureau (NAB) teams were on way to arrest him. The Punjab Police has also been instructed to assist the NAB team.

Earlier in the day, Safdar had reportedly vowed to surrender from an undisclosed location. “I had earlier decided to court arrest in Tarnol, but as per the party’s decision I will now surrender from another city. Surrendering is an honourable act,” he told the media in an audio message.

Safdar’s name has been added to the blacklist; he now cannot leave the country.

Safdar’s last known location, since the verdict was announced, was his home constituency of Mansehra from where he intended to contest the general elections in Pakistan scheduled on July 25.

Meanwhile, Nawaz Sharif’s daughter, Maryam had said yesterday that she and her father will return to Pakistan on July 13.