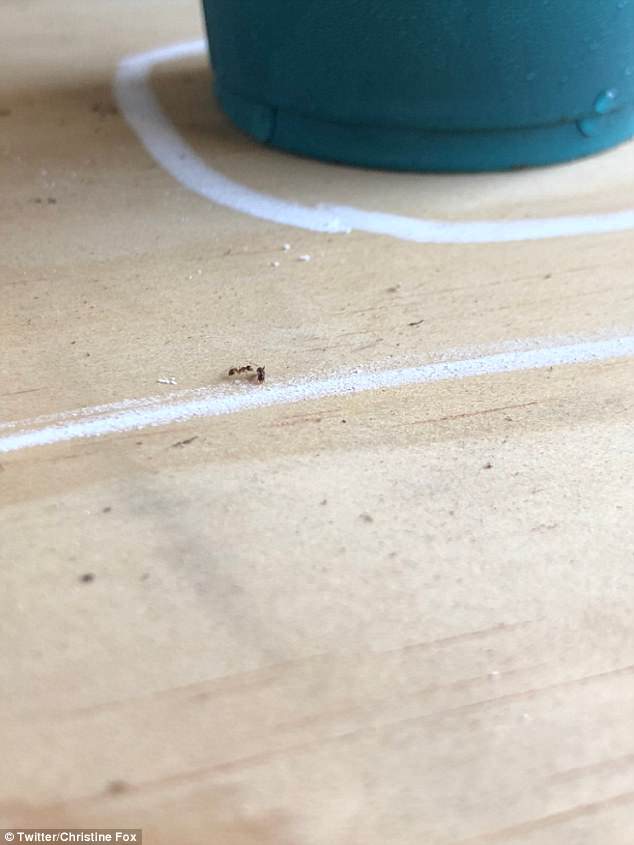 A woman’s handy hack for keeping ants away this summer has gone viral.

Twitter user Christine Fox revealed how she keeps the bugs away from her drink by drawing a line of chalk around her coasters.

‘Ants hate chalk,’ she wrote in her post, which included a picture of an ant sticking close to the line drawn around a cup rather than crossing it.

‘Draw a chalk ring around your drink or outline your coasters and they won’t cross the line,’ she said.

Ants hate chalk. Draw a chalk ring around your drink or outline your coasters and they won’t cross the line. Summertime hack for dat ass. 🙅🏾‍♀️🐜🚧 pic.twitter.com/Zd2b8rWoup

Her tips have since been circulating online, with hundreds of fellow Twitter users vowing to try it out in the hot weather.

She added snaps of the circles of chalk she’d drawn around a cup, and on the back of a coaster, to allow her to enjoy a drink undisturbed by creepy crawlies. 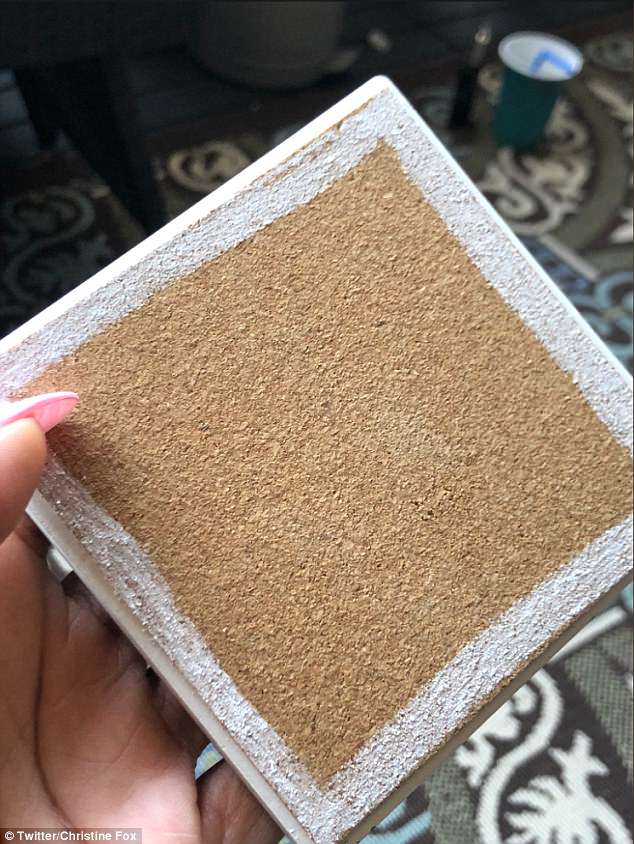 The hack clearly worked and showed the ant stop in its tracks as it studied the white line.
Ms Fox’s tweet has been liked and retweeted over 11,000 times on the website, with many saying they were going to use it.

One tweeted: ‘This is genius. As an added bonus, one could also keep children occupied as a pest control force, were one so inclined.’

‘Wait really??? Cause I got a box of colored chalk in my cabinet that’s being neglected,’ another posted.

A third said: ‘Might as well draw rings around table legs and chairs to keep them down.’

ALSO READ: Caffeine causes cancer! Others that make it to the carcinogen list

‘Ok my house going to look like a kindergarten playground lol,’ another wrote.

Others suggested their own tips for keeping the ants away during the summer.

One said: ‘Get a spray bottle with water and put a few drops of peppermint oil, they will disappear. It doesn’t kill them but it keeps them away.’

‘Also nutmeg. Keeps them away from my kitchen,’ another wrote.