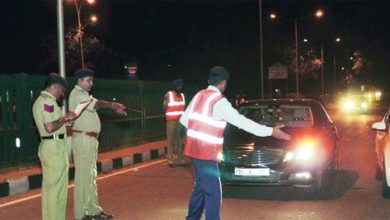 Bengaluru: In another case of VVIP culture, a Congress leader PN Krishnamurthy was seen arguing with a traffic policeman after his car was stopped in the state capital.

In a video of June 4, surfaced on Thursday, the Congress leader was seen arguing with the policeman and called him an ‘idiot’.

“You don’t know who you are speaking to,” Krishnamurthy told the policeman.