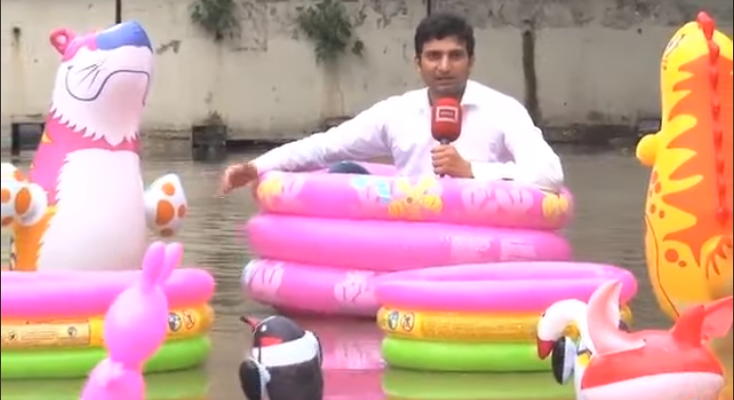 With an ever-increasing competition among media outlets, journalists and reporters often find interesting ways to grab the viewers’ eyeballs.

While covering monsoon rains in the Pakistani city of Lahore, that have caused the streets to flood, a Pakistani reporter went a tad overboard as he took a dig at the government.

Surrounded by floaties and sitting inside a pink inflatable pool, the reporter began, “I am not in a swimming pool but in the middle of the road which is flooded with water and so are other parts of the city.”

He further said he is “enjoying in water pool” and recommended the locals to do the same “as the water was not going to recede anytime soon.”