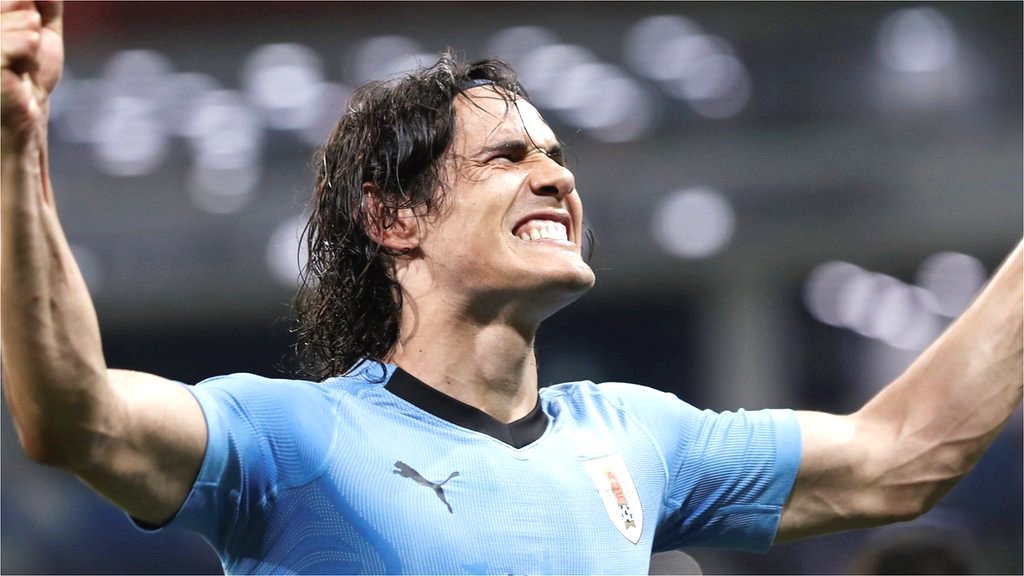 Uruguay forward Edison Cavani scored one goal in each half to help his team brush aside Cristiano Ronaldo’s Portugal 2-1 in their round of 16 encounter at the ongoing 21st edition of the FIFA World Cup at the Fisht Olympic Stadium, Socci last evening.

Right from the beginning of the match, both teams played attacking football and tried hard to gain an early advantage.

In the 5th minute, Ronaldo almost gave Portugal their first goal, when he played a beautiful straight shot, just a few yards away from the penalty box, only to be saved by Uruguay goalkeeper Fernando Muslera.

In the 7th minute, Cavani drew first blood for Uruguay by scoring a perfect header assisted by striker Luis Suarez to give his team an early lead.

Although the ball possession was in Portugal’s favour, they failed to get past the stubborn Uruguayan defence and were frustrated as they missed out on opportunities of scoring goals.

Leading from the front, Ronaldo played the aggressor’s role, motivating his teammates as well as to create opportunities. He had another chance to equalise via a free kick, but the ball failed to get past the ‘wall’ of the Uruguayan players.

In the second half, both teams again took centre stage, pushing hard to score more goals and dominate the game.

Portugal’s goal drought finally came to an end when defender Pepe delivered a perfect header into the net to equalise. It was Pepe’s sixth goal for the national side, giving relief to the team management and the fans.

However, the relief was short-lived as in the 62nd minute, Cavani once again came into the picture to beautifully curl a shot past the penalty box, outwitting Portugal goalkeeper Rui Patricio to put Uruguay in a dominating position.

In the 71st minute, Uruguay was reduced to 10 men when Cavani limped off from the field and was helped by Ronaldo, inviting a round of applause from the spectators.

Also Read: FIFA WC 2018: Football fever on the high; here’s all you need to know

Thereafter, Portugal tried extremely hard to score another equaliser to keep themselves in contention for the quarterfinals. However, their hopes of scoring a second goal kept fading as every minute ticked, coupled with a strong Uruguayan defence.

In the dying minutes of the match, Ronaldo was booked a yellow card as he was furious that the 2016 Euro Cup champions were denied a free kick after midfielder Ricardo Quaresma slipped while tackling the ball.

With this victory, Uruguay earned a unique distinction of winning four matches in a row in the World Cup since the tournament’s inception in 1930.