Teaser of the most awaited ‘Fanney Khan’ is out and we can’t wait for the movie! | Newsmobile
Friday, February 3, 2023

Home Home Slider Teaser of the most awaited ‘Fanney Khan’ is out and we can’t... 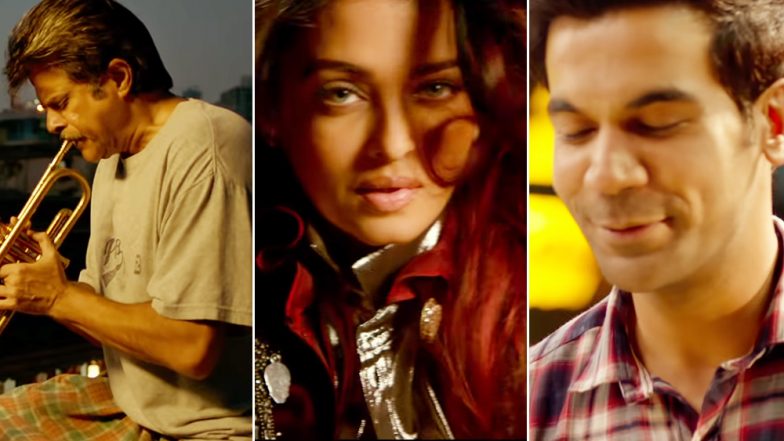 The teaser of much talked about film ‘Fanney Khan’ is out and by the looks of it, the film directed by Atul Manjrekar has something different to offer. The 57-second teaser begins with the voice of a crowd cheering for ‘Fanney Khan’ and the spotlight shifts on the titular character, played by Anil Kapoor. This is followed by Rajkummar Rao’s voiceover, explaining the term ‘Fanney Khan’.

ALSO READ: Oscar committee invites SRK and some Indian stars to be members

The term is usually referred to an entertainer, performer or for that matter anybody with whom people can have fun. The visuals meanwhile give a glimpse of the gorgeous Aishwarya Rai Bachchan, who will be playing Anil Kapoor’s daughter and a famous performer known for her singing and dancing skills. The teaser then brings you to a visibly old Anil Kapoor, sitting on the terrace of a building overlooking skyscrapers. The actor is seen playing the trumpet very passionately.

The story is about a person (Anil Kapoor) who has changed the concept of ‘Fanney Khan’. The ‘Ram-Lakhan’ actor is seen sitting on the terrace with a musical instrument could imply that he is the man with unfulfilled dreams.

It is the first time that Rajkummar Rao, Anil Kapoor and Aishwarya Rai Bachchan will be seen together on screen with a fresh story. The poster of the film was released two days ago, after a lot of controversy surrounding the fallout between the producers of the film. However, the film is on track now and is scheduled to release on August 3.

Here’s the teaser of Fanney Khan: