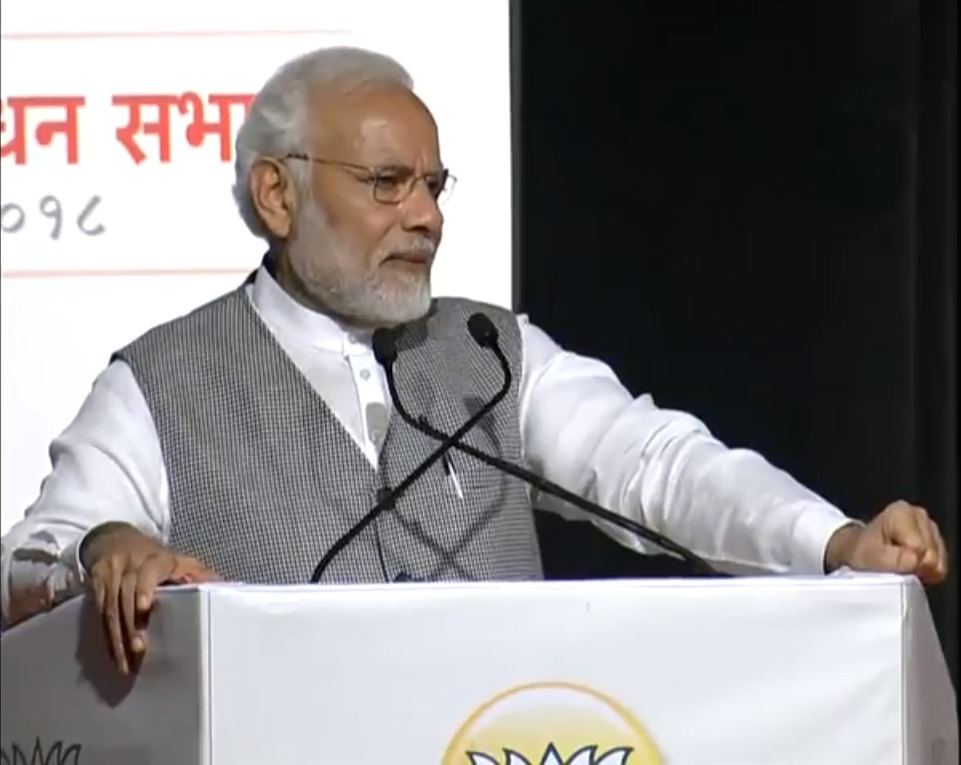 Prime Minister Narendra Modi on Tuesday launched a scathing attack on the ‘Emergency Days’ calling it a dark period in the history of India. “Youth today do not have an idea of what happened during Emergency. They will not know that how living without freedom can be,” he said while addressing the BJP party workers in Mumbai.

A day earlier he had tweeted about the ‘Emergency’, which was imposed in India on June 25, 1975 by the then Prime Minister Indira Gandhi. ”

ALSO READ: Ten things you need to know about “Emergency”

While addressing the party workers in Mumbai on Tuesday he said that during the period of Emergency the Constitution was used for the gains of ‘family’, referring to the (Gandhi family) and everything was done very cleverly remaining within the limits of Constitution.

The freedom of press, judiciary and the parliamentary procedures were disregarded during this period he said. “The country never thought that just for lust for power and servility to one family, India would be made into one big jail. Every person lived in fear. Constitution was misused,” he said, citing the example of singer Kishore Kumar ji whose songs were not allowed to be played on the radio after he refused to sing for the Congress.

“We should remember this day so that we never forget what democracy means to our country,” he said.

On Monday he tweeted “I salute the courage of all those great women and men who steadfastly resisted the Emergency, which was imposed 43 years ago. Their struggles ensured people power prevailed over authoritarianism and the stifling of civil liberties.” .

India remembers the Emergency as a dark period during which every institution was subverted and an atmosphere of fear was created. Not only people but also ideas and artistic freedom were held hostage to power politics.