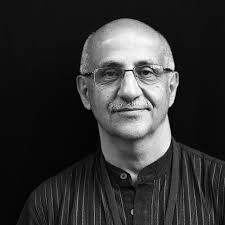 Social activist Harsh Mander has resigned as the special Monitor at the National Human Rights Commission, saying there was “no constructive role” for him to play.

In a letter written to NHRC chairperson Justice H L Dattu, Mander said in view of the impending conclusion of the National Register of Citizens (NRC) process in Assam, there was the possibility that “tens of thousands, maybe even lakhs of Assam residents, being declared foreigners”, according to media reports.

Mander said the NHRC had asked him to submit an independent report on the “conditions of persons deemed to be foreigners in Assam detention camps”. Mander said after submitting his report, he had sent several reminders to the NHRC seeking details of action taken on it, but had not received any answer.

“Because of the continued silence of the NHRC, both in terms of approaching me for investigation or mission on any human rights concerns of minorities and communal violence, for which I had been invited by the NHRC; and on the report I authored on the critical question of persons declared foreigners in Assam, it is apparent that there is no constructive role for the NHRC Special Monitor to play..” he said, according to media reports.