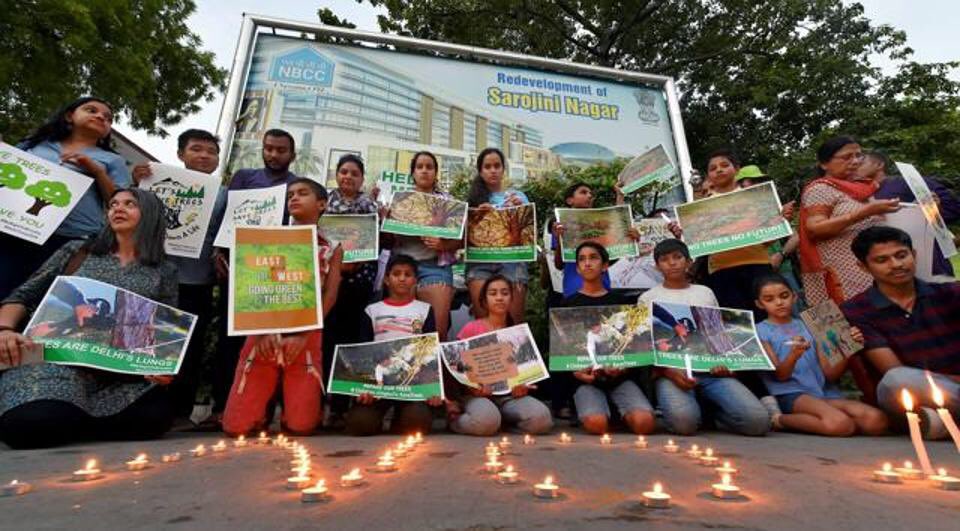 The Delhi High Court on Monday has put a stay on the order till July 2 to not cut trees in the Sarojini Nagar area for the redevelopment of the residential area for central government employees in South Delhi, questioning the Centre’s decision to issue the order.

“Can Delhi afford to cut of trees for the development of roads and buildings?” the court asked NBCC (India) Ltd, the state-owned real estate company which is redeveloping the seven colonies.

The High Court has given July 4 next date of hearing and the National Green Tribunal will hear the case on July 2. The permission of clearing the area for the redevelopment has become a blame game between Aam Aadmi Party and the Central Government as thousands of people in the Sarojini Nagar area protested on Sunday.

The AAP’s spokesperson Saurabh Bharadwaj said the environment clearance for the project was given by the Union environment and forest ministry in November 2017 and the final approval was given by Delhi’s Lieutenant Governor Anil Baijal. The Delhi unit of the Bharatiya Janata Party (BJP), on the other hand, blamed the AAP government for politicising the issue, saying its own minister gave the approval for tree felling.