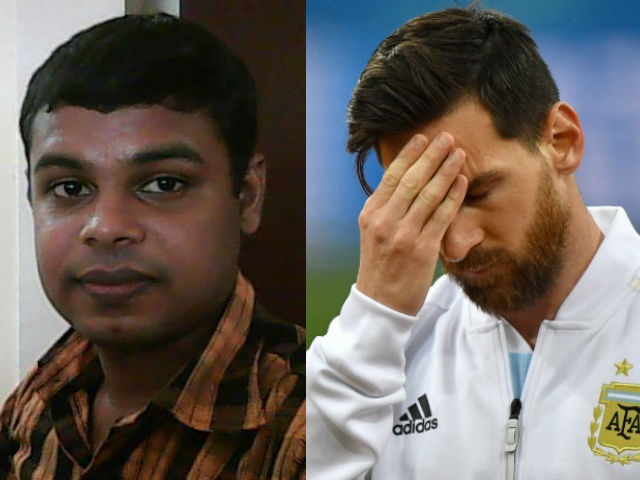 A fan of Argentina football team captain, Lionel Messi, who went missing on June 21 has been found dead near Illikkal Bridge in Kottayam.

The 30-year-old, Dinu Alex, was reported missing after Argentina lost to Croatia by 3-0 in the ongoing FIFA World Cup.

The deceased was last seen watching the World Cup match between Argentina and Croatia on Thursday, in which Argentina which was on the brink of getting eliminated from the tournament. It finally lost by three goals.

He then went missing from home after which his family members filed a missing person’s complaint. Following this, the police launched a search operation to find him.

The police recovered a suicide note from Alex’s room which read, “Nothing is left for me to see in this world. I am leaving… Nobody is responsible for my death.”

In one of his books, Alex had written: “Messi, my life is for you, waiting to see you lift the cup.” In another: “My team is starting its journey, carrying my life. I will do it.”

Alex was a chemistry graduate and was working as an accountant with a private firm.