Who are the FIFA World Cup pundits? Find out here | Newsmobile
Sunday, November 27, 2022

Home Home Slider Who are the FIFA World Cup pundits? Find out here 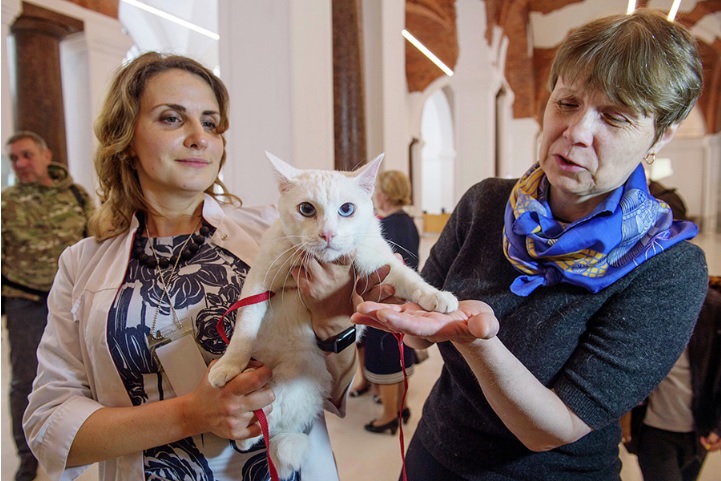 A cat, a racoon, an otter, a tapir, as well as a whale are following in the footsteps of Paul the Octopus. They are all predicting the outcomes of the FIFA World Cup 2018 underway in Russia.

With the world is in the midst of an all-out football frenzy, the stakes are high, the bets are plenty, and 11 miracle animals and one robot have been summoned for their gift of predicting match results.

During the 2010 World Cup in South Africa, an octopus named Paul, from Oberhausen, Germany, became famous for correctly predicting the results of 7 games the German team participated in. Paul did the ‘predicting’ by choosing between two boxes of food. Since then, using animals as ‘oracles’ in football has become a trend – and not a new one either: the practice was very common in ancient times.

Achilles, the white cat with blue eyes is a resident of the Hermitage museum in Saint Petersburg. Currently in full training mode, he is studying the teams heading to Russia to compete in the world’s biggest football championship.

According to his veterinarian Anna Kondratyeva, Achille’s deafness makes him better at his job because “he’s absolutely unbiased, he’s deaf to any comments from the fans so he probably feels with his heart and a special cat sense.”

Achilles will predicting only those games which are played in Saint Petersburg. He predicted Russia’s victory in the first game against Saudi Arabia by choosing between two bowls of food. Same method was used by racoon Nafanya from Irkutsk. Nafanya is a seasoned sage: he predicted the 2015 Russian win in the 2015 Men’s World Ice Hockey Championships.

The white cat has determined the results of the confederation cup 2017 matches played in his hometown. He had  0% error rate in guessing  the winner for each game, including one that ended in a draw, said Kondratyeva.

When Achilles isn’t training he enjoys kicking balls in the long corridors of the Hermitage museum and posing for pictures outside in the gardens.

(With inputs from RBTH)