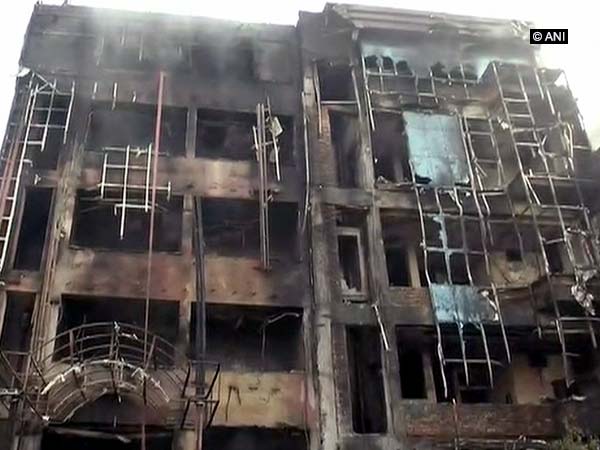 At least five people were killed after a major fire broke out at a hotel in Lucknow‘s Charbagh area on Tuesday.The police said that more than 50 people have been rescued from the hotel and shifted to the hospital.

The Chief Minister Yogi Adityanath has announced Rs 2 lakh ex-gratia for families of the deceased and Rs 50,000 to the grievously injured

“Four people have died and more than 50 people were rescued from the building. Cause of fire still to be ascertained,” Lucknow Inspector General (I.G.) of Police, S Pandey had told media persons earlier according to ANI. He further said that an investigation has been initiated in the incident, and that strict action will be taken against the people at fault.
“If we find any lapse on hotel’s part during our investigation, we will take strict action against the people concerned,” he added.
Currently, the situation is under control.