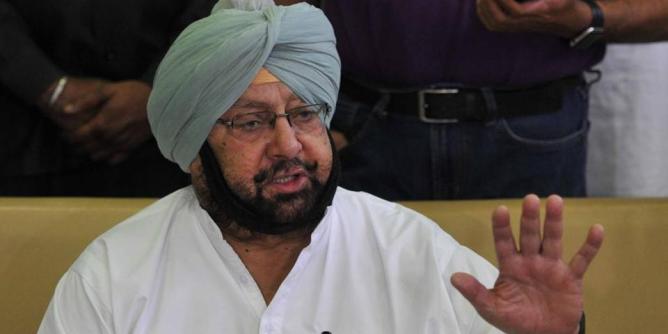 Sikh Referendum 2020 has been propounded by Sikh radicals for the creation of Khalistan.
“Referendum is the imagination of people abroad. Everybody knows there is no referendum in Punjab. We want peace in Punjab, peace means stability, peace means everything should happen normally,” Singh told media here.

This is not the first time when Singh criticized Khaira. Over the weekend, Singh condemned him for backing secessionism with his categorical support for Sikh Referendum 2020.

In a statement issued on his behalf, the Chief Minister termed Khaira’s statement favouring the Referendum as unfortunate and added that the Leader of the Opposition seemed to be indulging in his usual political antics and theatrics, without any sense of the history of Punjab.

Meanwhile, on his part, Khaira, earlier in an interview with the media, clarified that he had never supported the cause.

“Someone had published a concocted report in a newspaper. Following that, Capt Amarinder Singh is reacting. The fact is I’ve contested five elections with allegiance to the Indian constitution. I have never supported the cause of the Referendum,” Khaira told the media.

On a similar note, the Shiromani Akali Dal (SAD) and Bharatiya Janata Party (BJP) have demanded the resignation of Khaira for supporting Referendum 2020.