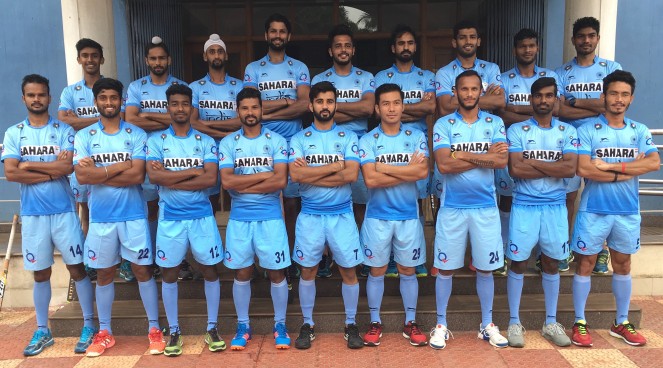 The Indian men’s hockey team is all set for the Men’s Hockey Championship Trophy, which will be held in Breda, the Netherlands from June 23rd. It’s led by the ace goalkeeper PR Sreejesh, the team are upbeat and confident of a podium finish at the farewell edition of the prestigious tournament.

Ahead of the team’s departure, Sreejesh said, “It is the final edition of Champions Trophy and I am sure every team would want to make it memorable. It will be a challenging tournament with back-to-back matches and win those three points from each game will be the only thing on our minds when we arrive in Breda.”

With hosts the Netherlands, Argentina, Pakistan, Belgium and defending champions Australia in the fray, the tournament serves as a litmus test for India ahead of the Odisha Hockey Men’s World Cup Bhubaneswar 2018.

“Though right now, our immediate goal is to do well in this tournament, there is no doubt the Rabobank Men’s Hockey Champions Trophy Breda 2018 will be a reality check for us to see where we stand among other top teams especially ahead of the Odisha Hockey Men’s World Cup Bhubaneswar 2018 where we want to do well as host nation,” stated Sreejesh.
The Indian team, who had won a historic silver medal in the previous edition in London, will begin their campaign against arch-rivals Pakistan.

“For the Indian team, the match against Pakistan is just another game where we will be looking to win those three points. In this tournament every single match is crucial if we want to see ourselves in the title round because the first two teams on top of the points table will play the Final,” asserted Sreejesh who expressed confidence of a good start.

India’s forward line will see two changes in the squad that was named earlier this month with Akashdeep Singh and Sumit Kumar (Jr) being rested for the tournament.
“We have brought in Simranjeet Singh in place of Akashdeep Singh.

“We have decided to rest Akashdeep who had a minor injury scare during our intense training camp. Though he has recovered, we did not want to risk him ahead of the Asian Games. Sumit Kumar (Jr) too has missed out an opportunity to play the important tournament due to an injury and is replaced by Lalit Kumar Upadhyay,” stated Chief Coach Harendra Singh.