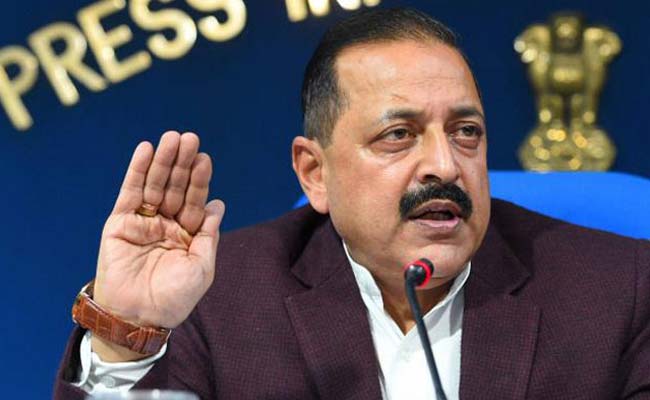 New Delhi: Minister of State (MoS) in the Prime Minister’s Office Jitendra Singh on Sunday hailed the Ministry of Home Affairs’ decision to not extend the ceasefire in Jammu and Kashmir, and said the government’s next priority is to conduct the Amarnath Yatra peacefully.

ALSO READ:Govt: No extension of ceasefire in J&K

There will be no extension of the ceasefire in Jammu and Kashmir, the Ministry of Home Affairs announced on Sunday.

“Government will continue with its endeavour to create an environment free of terror and violence in Jammu and Kashmir,” a release by the Home Ministry read
The Home Ministry has directed security forces to take all necessary actions as earlier to prevent terrorists from launching attacks and indulging in violence and killings.
“We have to take the decision in the right spirit. The Home Ministry has taken into cognizance all inputs available. The immediate priority for us is that we have to conduct upcoming Amarnath Yatra peacefully. Not only the government, even the civil society needs to cooperate in that,” Singh told the media.

“Nothing should happen from across the border that will discourage the pilgrims who come from different parts of India. Amarnath Yatra is not merely a pilgrimage alone. It’s not a pilgrimage which is only close to Hindus as a community. Amarnath Yatra is one of the most distinct symbols of the composite culture of Jammu and Kashmir. A successful, safe and convenient conduct of Amarnath Yatra is a stake for all of us regardless of our ideologies or believes,” he added.

Singh further criticised Pakistan for indulging in the terrorist activities in the state.
“The majority of youth in Kashmir has moved on. It is inherently more awakened. I have no hesitation to say that whatever is being witnessed in Kashmir today is absolutely a mercenary movement funded by Pakistan. Unless the Pakistan mischief is checked, things will not be absolutely normal,” he said.

On May 17, the Central Government took the decision that security forces will not conduct offensive operations in the state during the holy month of Ramzan.

This decision was taken in the interests of the people, in order to provide them with a conducive atmosphere to observe Ramzan.

In a statement released on Sunday, the Ministry of Home Affairs hailed the Indian security forces for displaying exemplary restraint during the period and slammed Pakistan for not cooperating.

“It was expected that everyone will cooperate in ensuring the success of this initiative. While the Security Forces have displayed exemplary restraint during this period, the terrorists have continued with their attacks, on civilians and Security Forces, resulting in deaths and injuries,” the ministry said.