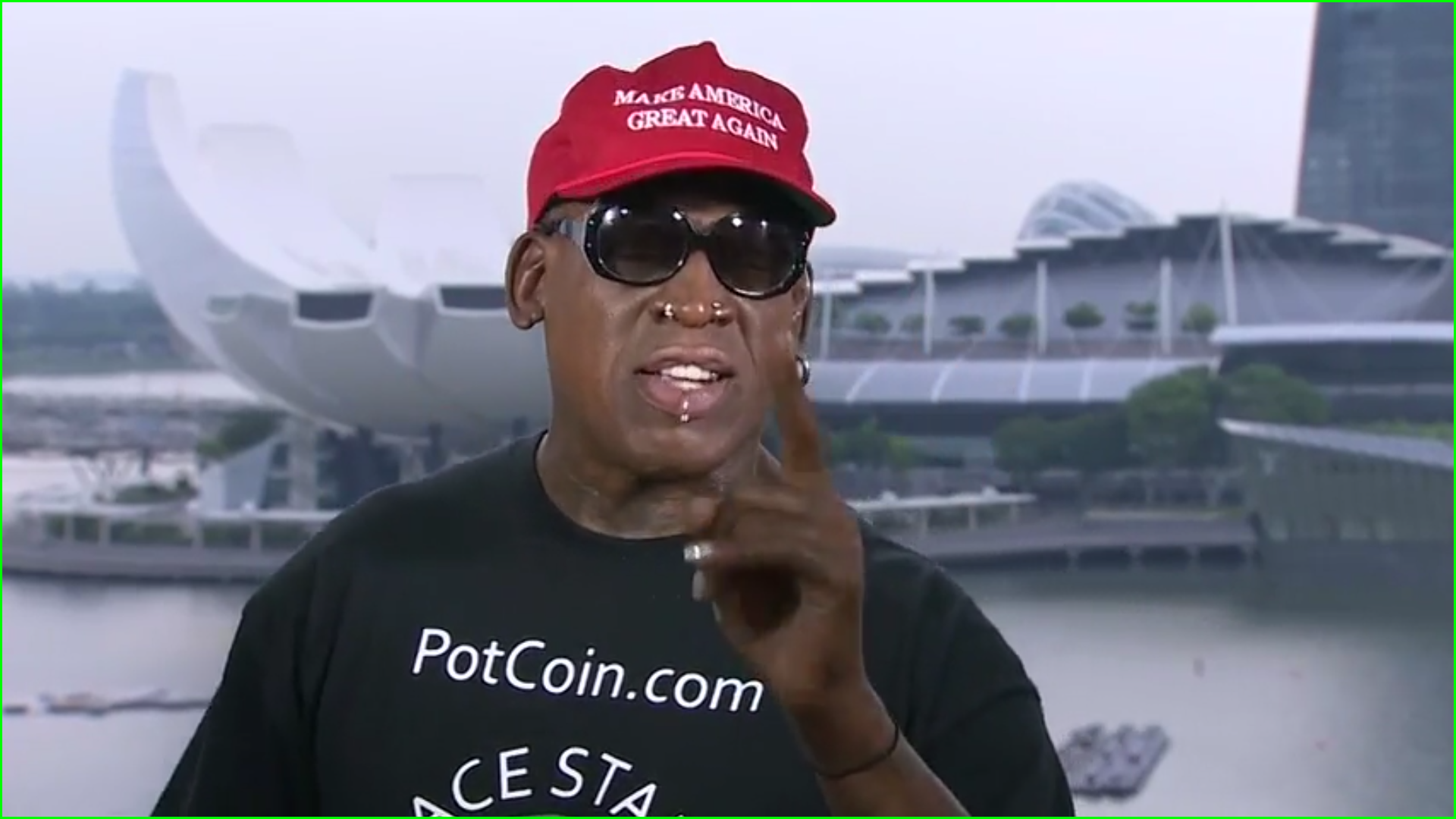 Former NBA star Dennis Rodman made an emotional speech on TV over the Trump-Kim summit, in which he made the shocking revelation that he had earlier attempted to deliver messages from Kim Jong-un to former president Barack Obama but was rejected and not given the “time of the day”.

Giving his emotional views from Singapore, during the historic summit, Mr Rodman, who turned to advocate for North Korea in recent years, opened up about his personal friendship with Kim and his struggle to be taken seriously by the former US leader.

He was wearing a “Make America Great Again” hat and also recalled his first trip to North Korea in 2013.

He said:“I was very naive when I went over there.

“I thought I was just going to play basketball.

“But it turned out to be so much bigger than I thought.”

He added: “Just meeting the regime, meeting Kim Jong-un and the marshalls, I just fell in love with the country from day one.”

The ex-NBA player then started getting emotional as he spoke about former US president Barack Obama.

“Obama didn’t even give me the time of day,” he said.

“I asked him — I said I have something to say from North Korea. He just brushed me off. But that didn’t deter me.

He added, choking up: “When I said those damn things, when I went back home.

“I got so many death threats.”

During the interview, Mr Rodman also recalled a conversation he claims to have had with Kim Jong-un when he promised him he would bring a group of NBA players to Pyongyang to play a game for his birthday.

When Mr Rodman and the team arrived in Pyongyang, he said Kim told him: “This is the first time someone kept my word to me and my country.”

ALSO READ: Ready to write a new chapter between our nations; Trump says after the Summit with Kim

The former NBA player also described the North Korean leader as “a big kid, even though he’s small, but he loves to have a good time”.

He added: “This guy wants to be around the world.

“He wants to come to America, he wants to enjoy his life.”

Rodman confirmed in the interview with the media, the White House reached out to him when he arrived in Singapore to thank him for his role in reaching out to North Korea.