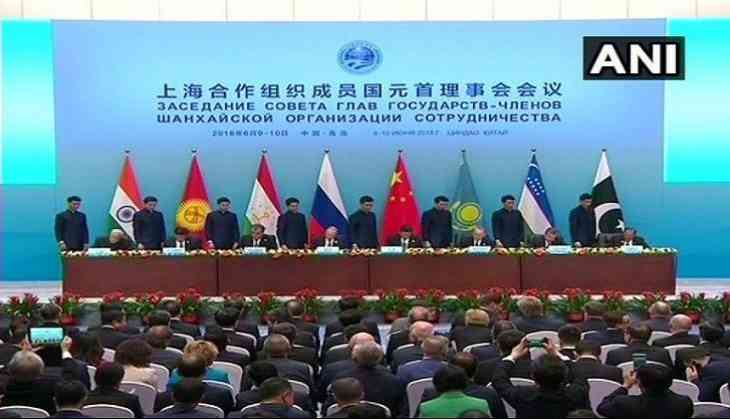 Prime Minister Narendra Modi, along with the heads of other member states of the Shanghai Cooperation Organisation (SCO), inked a number of agreements during the signing-in ceremony in China’s Qingdao city.

The SCO leaders signed the Qingdao Declaration and agreements on security, economic cooperation and people-to-people exchanges during the ceremony, which was held at Qingdao International Convention Center on the final day of the 18th SCO summit.

“We have had an in-depth exchange of views on major international and regional issues. We have ratified an action plan for implementing the treaty on long-term good neighbourliness, friendship and cooperation of the SCO member-states,” President Xi said while addressing a joint media briefing.

PM Modi and Pakistani President Mamnoon Hussain were seen shaking hands after signing of the agreements at the summit. 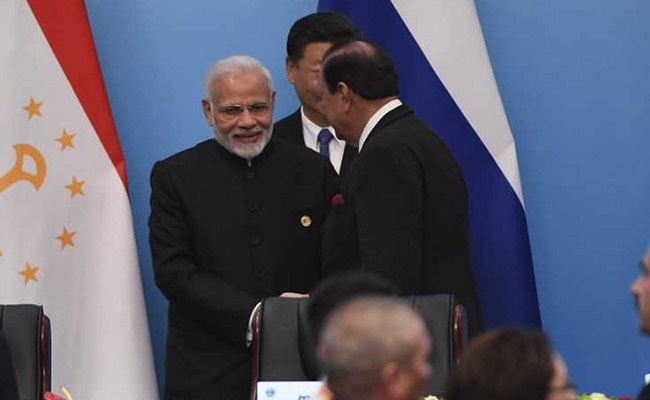 This is the first SCO summit wherein both India and Pakistan are attending as full-time members.

India and Pakistan became full members of the organisation at Astana Summit in Kazakhstan in June last year.

The final day of the two-day annual summit commenced with a welcome ceremony and a group photo of leaders of the eight SCO member states.

The SCO was founded in Shanghai 17 years ago and it now accounts for nearly half of the world’s population and over 20 per cent of global GDP.

It is by far the largest regional organisation in the world.