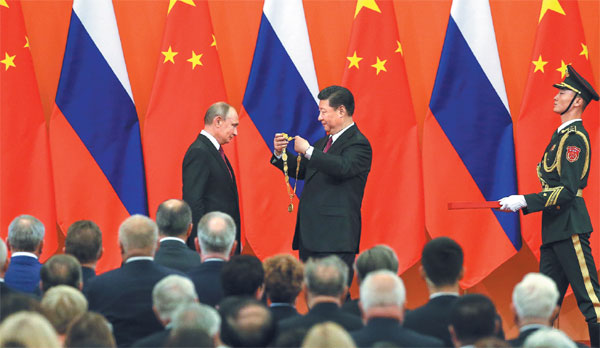 Putin, who is on an official visit from June 8 to 10, is in China for the third time this year.

Xi gifted Putin, China’s Friendship Medal at a ceremony organised at the Great Hall of the People, Beijing. Over 700 people attended the ceremony.

Xi said, friendship medals, the highest state honor to foreigners, are awarded to those who have contributed outstandingly to China’s modernzation drive and helped safeguard world peace. 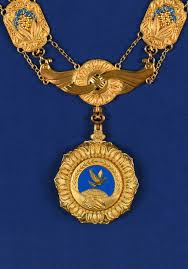 He also said that the bilateral ties between both the countries have withstood the test of the ever-changing international situation.

Putin thanked Xi for the gift saying, he values the Russia-China comprehensive strategic partnership of coordination.

Yesterday, Putin and Xi signed a joint Russian-Chinese statement after making negotiations, which said both Russia and China are determined to build up cooperation in all areas.

Also Read: Here is all you need to know about PM Modi’s participation in Shanghai Cooperation Organisation

The two sides also decided to hold closer contacts on strategic security under the conditions of growing instability worldwide.

Both countries also underscored that they were ready to join their efforts to bring bilateral relations to a new, higher level.

During the weekend Putin is scheduled to attend the Qingdao Summit of the 18th Shanghai Cooperation Organization (SCO).