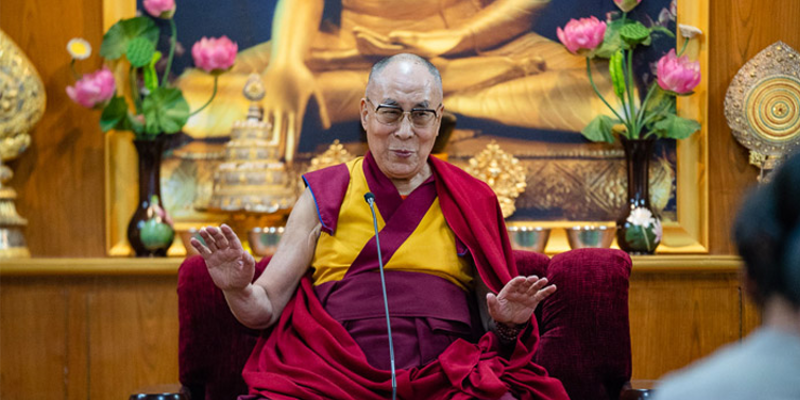 Addressing a gathering in Kangra, The Tibetan spiritual leader, the Dalai Lama appreciated the ancient Indian knowledge as he said it helps tackle negative emotions and has the potential to contribute to world peace.

The Dalai Lama highlighted the relevance of India in the Buddhist world and said that if the country takes lead in combining its ancient knowledge of emotions and spiritualism with modern education, India will become an inspiration for many Buddhist countries.

He mentioned that one of his lifelong commitments is to revive this “ancient yet scientific” tradition in modern India by incorporating it in the education system.

Also Read: Treat yourselves to these decadent milkshakes, this World Milk Day

He further stressed the need to impart environmental education right from the childhood.

During the address, the Dalai Lama called the Tibetans residing in China as the followers of the Nalanda tradition.

Also Read: Planning to visit the mountains? Take a minute and be careful with your heart

He cited an example to substantiate his statement as he said, “Now many Chinese university scholars describe Tibetan Buddhism as authentic Nalanda tradition and some Chinese scholars are now opting to study Tibetan Buddhism and language.

He noted that those who appreciate Tibetan Buddhism are also sympathetic towards the Tibetan problems.