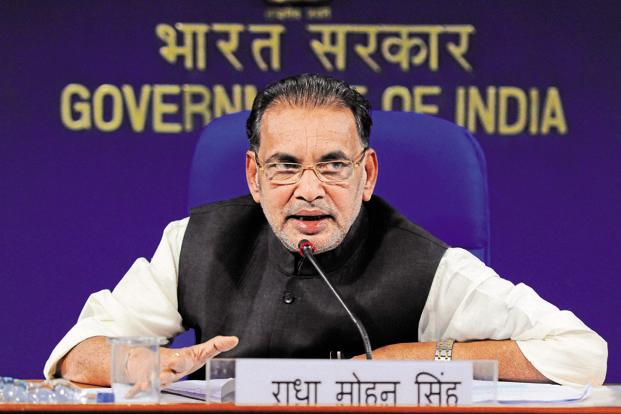 Even as the farmers’ strike enters day 3 today, the Union Minister for Agriculture, Radha Mohan Singh has said the 10-day farmer strike is a “media gimmick”.

Speaking at a Press conference in Patna, he said, “Desh mein 12-14 Crore kisaan hain. Kisi bhi sangathan mein 1000-2000 kisaan svabhavik hain aur media mein aane ke liye anokha kaam karna hi padta hai (There are around 12 to 14 crore farmers in the country. It is normal for any farmer’s organisation to have 1000-2000 farmers and they have to do something extraordinary to get the media’s attention).”

Also Read: On Day 2 of farmers’ protest, Khattar dismisses it as non-issue

The protests were called to mark the first anniversary of the Mandsaur demonstration in Madhya Pradesh, when six farmers were killed in police firing. The farmers have shut down the supply of milk, vegetables and essential farm produce due to which the prices of these commodities have hiked up in the market.

Yesterday, farmers in Punjab’s Faridkot stopped the supply of vegetable, fruits, and milk, while in Ludhiana’s Samrala they spilled milk on the road. Similar incidents were witnessed in other states as well.

Additionally, nine cases were registered and 16 farmers were arrested in Madhya Pradesh.