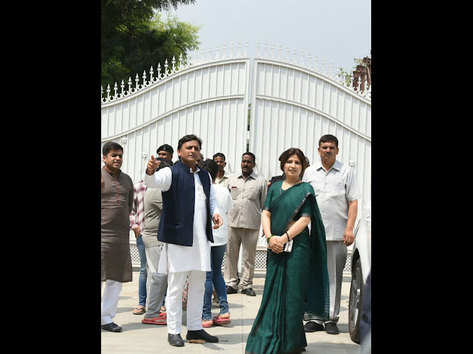 Akhilesh will now reside in the Ansal API township situated in Sultanpur road along the Shaheed Path.

The two-storeyed villa, which will also be used for official purposes, will have a hall and a room on the ground floor.

For those unversed, the Supreme Court in May 2016 had quashed the law passed by the then Uttar Pradesh government led by Akhilesh Yadav, which granted permanent residential accommodation to former chief ministers of the state.

The apex court, in its order, said former chief ministers of the state were not entitled to government bungalows.

Notices were sent by the Estate Department asking the former chief ministers to vacate their bungalows within 15 days post the issue of notices.