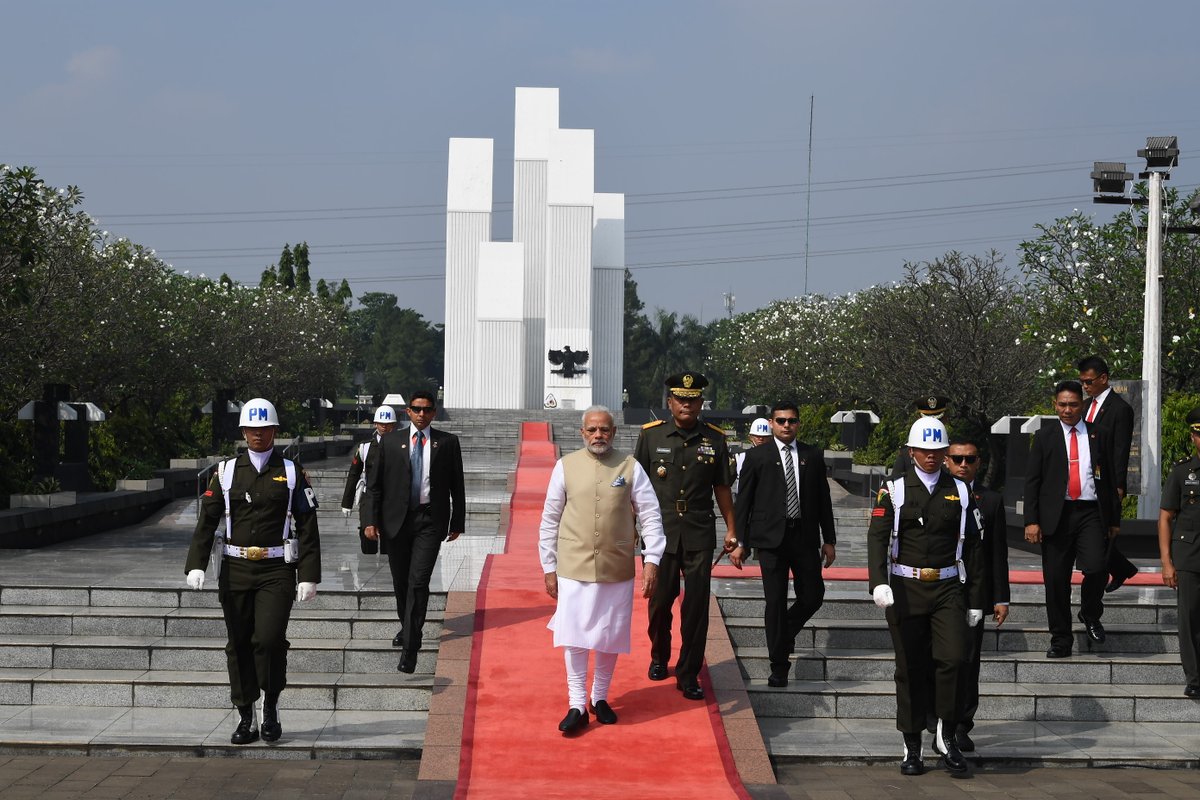 Earlier on Tuesday evening, the Prime Minister arrived in Indonesia, which is his first official visit to the country.

Prime Minister Modi is currently on a three-nation visit to Indonesia, Malaysia and Singapore.

The Kalibata National Heroes Cemetery, located in southern Jakarta is a military cemetery containing the graves of prominent Indonesian soldiers and generals (including resistance heroes), who died during the Second World War.

Also, it consists of graves of Japanese soldiers, along with Indonesian soldiers who died while fighting for Indonesia’s independence in the mid-1940s.

Following the talks, both the leaders will give a joint statement and exchange of agreements will take place.

Prime Minister Modi and President Widodo will later inaugurate the kite exhibition at the National Monument and visit the Arjuna’s Chariot. After this, the two leaders will pay a visit to Istiqlal Mosque.

Prime Minister Modi will then address an Indian community event at the Jakarta Convention Centre.

Finally, a banquet will be hosted by the Indonesian President in honour of Prime Minister Modi.

Prime Minister Modi will next visit Malaysia, where he will meet and congratulate the newly-elected Prime Minister of Malaysia Dr. Mahathir Mohamad.
After this, the Prime Minister will then leave for Singapore, in the last leg of his Southeast Asia visit.

In a statement on Monday, the Ministry of External Affairs (MEA) said that Indonesia, Malaysia and Singapore, three countries in the ASEAN region are strategic partners of India.

“The Government of India attaches high importance to its relations with the ASEAN region and is committed to deepening its relationship with individual ASEAN member states, within the framework of Government’s Act East Policy. The visit would enable the Leaders to discuss bilateral, regional and international issues of mutual interest,” the MEA said in a statement.