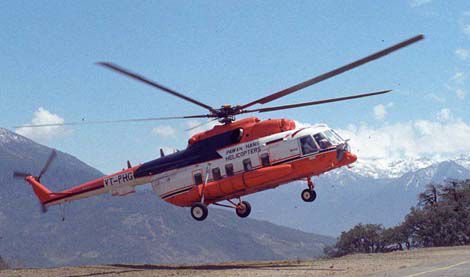 MOHALI: The Himachal Pradesh govt and helicopter services provider Pawan Hans will begin a heli-taxi service between Chandigarh and Shimla. The service will be inaugurated by chief minister Jai Ram Thakur at Shimla on June 4.

ALSO READ: Planning to visit the mountains? Take a minute and be careful with your heart

On Sunday, official spokesperson of Chandigarh International Airport Limited, Depesh Joshi,  said that the heli-taxi service will be available every Monday and Friday. After observing the response from the public, the authority may increase the frequency.

ALSO READ: Want this to be the ‘coolest’ summer break within India? these tips will ensure it

Around 15 years ago, the same type of taxi service failed to get much response. The fare was then around Rs 2,500 per person.

Thereafter, a 20-seater ATR aircraft was pressed on to this sector, but it also failed to sustain and the service was called off after a few months.