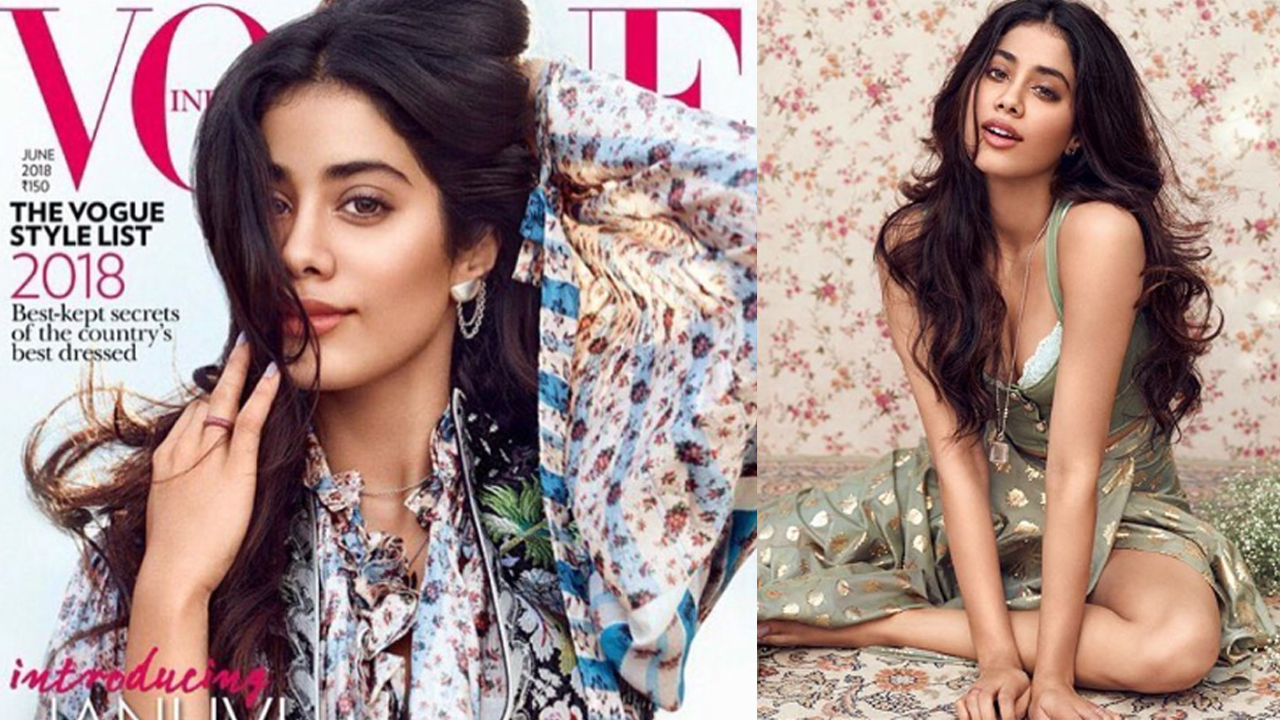 ShareTweetGoogleWhatsappPrint
Mail
Janhvi Kapoor, daughter of late actor Sridevi, is all set to make her big Bollywood debut with Dhadak in July this year. The star kid will be seen opposite Ishaan Khatter in the Hindi official remake of Sairat.
ALSO READ: With Raazi, Alia sets a new milestone
Before making her debut in movies, Janhvi made her first magazine cover debut on Vogue and boy she is truly a STAR in making. Donning a beautiful printed dress with no-makeup makeup look, Janhvi looks resplendent on the cover. Her eyes seem to be doing all the talking and we are not complaining.

Check out the photos here:

Janhvi is being launched under Karan Johar’s Dharma Productions. The same production house is also producing films which star Sara Ali Khan, Ananya Pandey and Tara Sutaria. Janhvi said that she hopes that her film becomes the most talked about the debut.
“I am so proud of my parents. I need to make them as proud of me. That has always been my motivation. I want mine to be ‘the debut’. But it comes from an honest and sincere place. Mum always told me, it’s not about the kind of role or movie you do; you need to make an impression- that’s an actor’s job. She never encouraged jealousy or frustration. We’re capable of being happy for others.”
ShareTweetGoogleWhatsappPrint
Mail