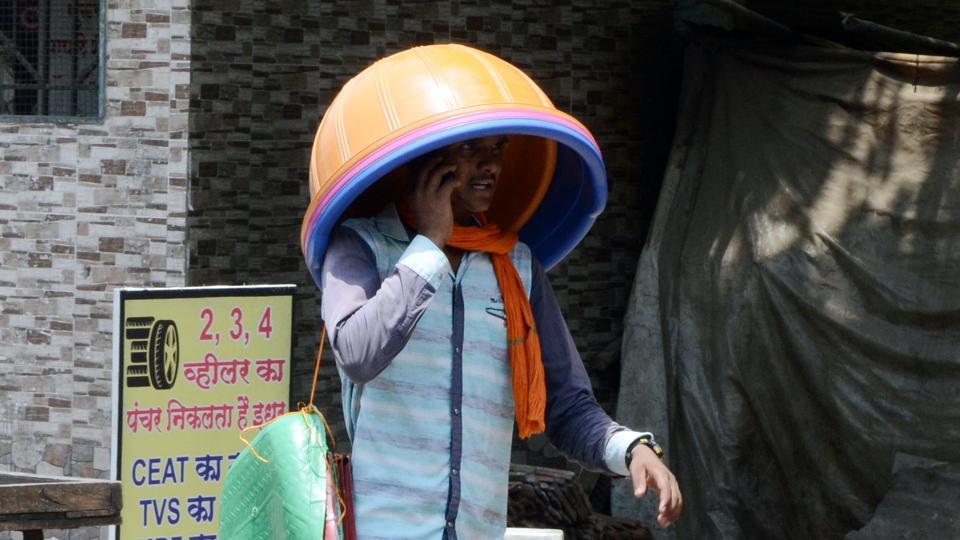 Delhi has reached heatwave-like conditions for the fourth consecutive day with the temperature touching 43.6 degrees Celsius in the city and 45.4 degrees Celsius at the outskirts according to the Met department on Friday.

The local meteorological centre said possible rain and thunderstorm on Wednesday could bring some relief. But before that, the maximum temperature could shoot up to 45 degrees Celsius over the weekend, resulting in a heatwave. A heatwave is declared when the maximum temperature shoots up beyond 40°C and it is at least four degrees above normal. If the mercury crosses the 45°mark, the weather office automatically deems it a heatwave.

The highest temperature Delhi recorded this summer was on May 22, when the readings at Safdarjung and Palam shot up to 44° and 46° Celsius, respectively.

The India Meteorological Department had earlier warned that the summer would be harsher between April and June in north, west and central India.

Delhi recorded much higher temperatures in previous years. The maximum temperature had shot up to 45.7 degrees Celsius on May 24, 2013, the highest for a May day over the past decade.

“While on one hand a western disturbance is approaching, moisture-laden easterly winds will also get stronger next week. This is expected to create favourable conditions for some rain some time around Tuesday and Wednesday,” said an official.

The highs may then relent to 42°C.