From symptoms to why ‘Nipah Virus’ is deadly; here’s all you need to know | Newsmobile
Sunday, December 4, 2022

Home Home Slider From symptoms to why ‘Nipah Virus’ is deadly; here’s all you need...
ShareTweetGoogleWhatsappPrint
Mail

A new virus is suspected to have claimed at least 11 lives, including six confirmed, in Kerala’s Kozhikode district. An emerging infectious disease, called the ‘Nipah Virus’, it first broke out in Malaysia and Singapore in 1998 and 1999.

It first appeared in bats and domestic pigs and since has been found among several species of domestic animals including dogs, cats, goats, horses and sheep.

What is Nipah Virus?

According to the World Health Organisation, Nipah virus or NiV infection is a newly emerging zoonosis that causes severe disease in both animals and humans. The natural host of the Nipah virus is fruit bats of the Pteropodidae Family, Pteropus genus.

Later Nipah virus showed up in Bangladesh in 2004, where humans became infected with NiV as a result of consuming date palm sap that had been contaminated by infected fruit bats. 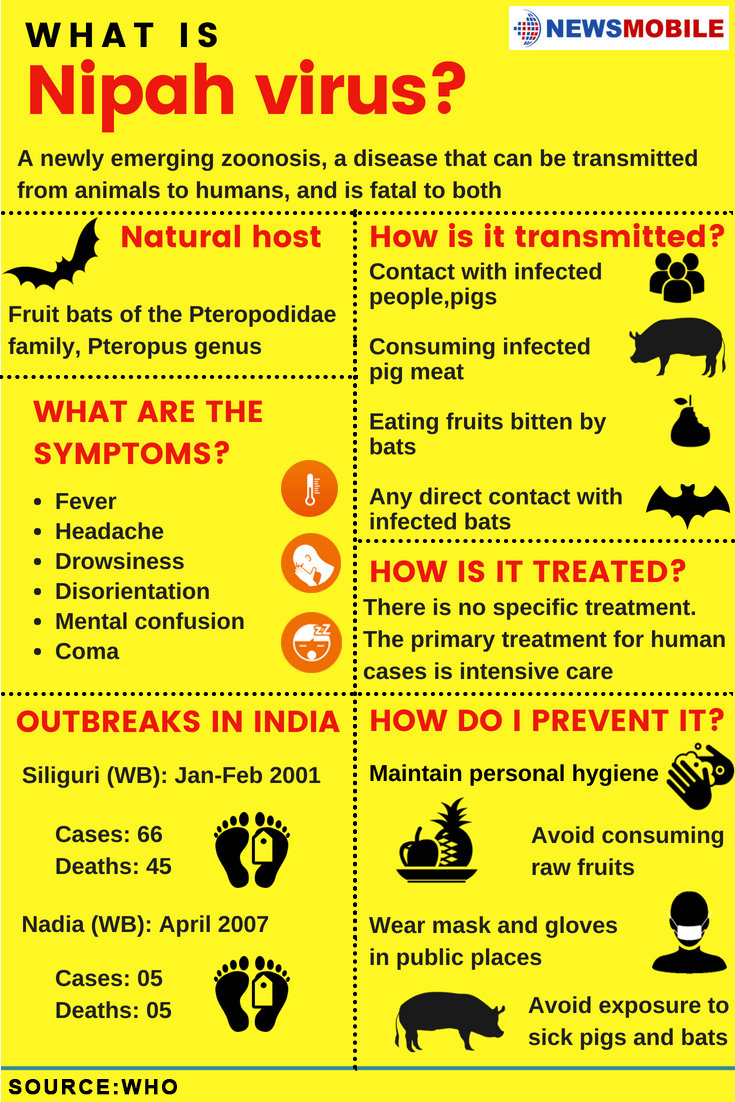 There have been cases of human-to-human transmission in hospital settings including in India. The Nipah virus was first reported in India’s Siliguri district in 2001. Of the 66 cases, 45 people lost their lives.

During the outbreak, 33 health workers and hospital visitors became ill after exposure to patients.

Before the current outbreak in Kerala, Nipah virus or NiV had infected 477 people and killed 252.

What Are the Symptoms?

In Malaysia where the disease was first spotted, 50% of patients who showed symptoms died.