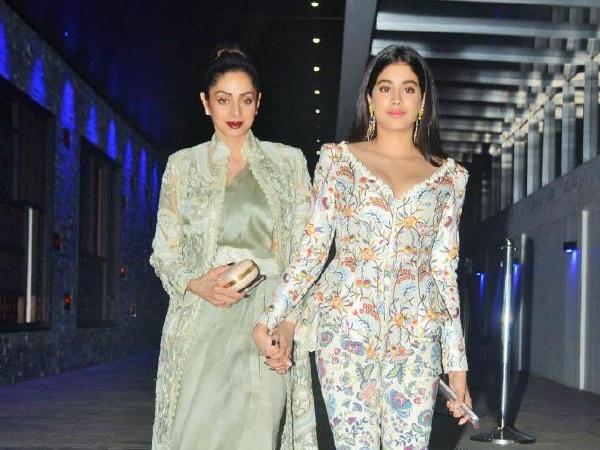 Sridevi’s death on February 24, sent shock waves across the country and two months later, her family continues to mourn the actress’ untimely loss. Today’s day will be particularly difficult for Janhvi and Khushi Kapoor as the world celebrates mother’s day.

While a number of Bollywood celebrities took to social media to post heartfelt messages for their mothers, Janhvi Kapoor took to Instagram to share a throwback picture with mom Sridevi.

Janhvi didn’t caption the image but her post spoke a million words.

On the occasion of mother’s day, an old mother’s day video featuring the late actress was shared on Sridevi’s official Twitter handle. The tweet read, “With everlasting love to all the Mom’s in the universe. #MothersDay #MomsLoveNonStop.”

With everlasting love to all the Mom’s in the universe. #MothersDay #MomsLoveNonStop pic.twitter.com/bwxGIZocIQ

Meanwhile, Janhvi Kapoor’s cousin Arjun Kapoor who lost his mother Mona Shourie Kapoor to cancer in 2012, took to Instagram to post a picture of himself as a toddler in his mother’s arms. The actor captioned the post, “You made me reach for the stars and now you watch over us as our shining star & guiding light love you Mom Happy Mother’s Day from @anshulakapoor & me as u always used.

Sridevi’s untimely death on February 24 sent shock waves across the country. The actress passed away as a result of accidental drowning after she fell unconscious in the bathtub of her hotel room in Dubai. Her last rites were performed in Mumbai on February 28.