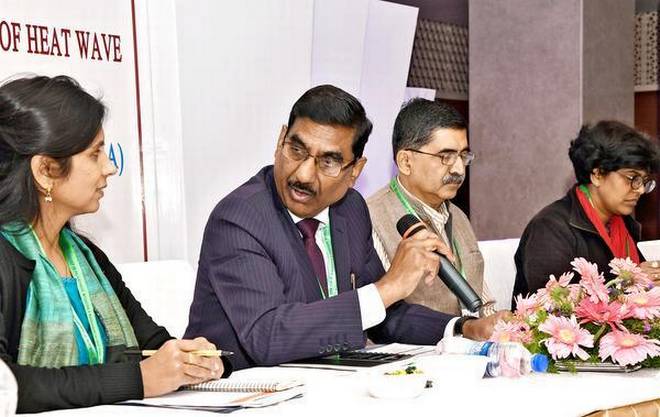 As the temperatures turns up by several notches across India, the National Disaster Management Authority (NDMA) held a meeting with 17 heat wave-prone states to review their preparedness and mitigation measures. This was done especially after the recent incidents of thunderstorm and lightning that took several lives in two north Indian states. The preparedness measures relating to these hazards were also assessed by NDMA.

In the meeting conducted on video conference, NDMA member, RK Jain, requested the states to run extensive public awareness campaigns in local languages to educate people about the simple ways of mitigating the impact of heat waves and lightning.

He also asked the states to work on developing thresholds at local levels and ensure wider dissemination of early warnings.

The India Meteorological Department (IMD) has informed that besides the regular five-day forecasts, it now comes out with a special heat bulletin at 0730 hours to help people plan their day accordingly.

A detailed review of the preparedness of the States in terms of having ‘Heat Action Plans’ up to the district level, providing shelters, drinking water, rescheduling work timings to avoid peak heat impact for laborers, medical treatment, etc. was carried out.

The NDMA underlined the importance of training all stakeholders to build local capacities and ensure a better response to an emergency. The authority also asked the States to share a report on the activities carried out by them so that best practices followed by one State can be suitably adapted by others.

Besides, the NDMA has been running an all-out awareness campaign on social media on the do’s and don’ts of a heat wave, thunderstorms and lightning. NDMA’s “Beat the Heat India” campaign is being widely used and publicized by various other stakeholders.